This small pocket park can be found slightly hidden away in a corner of a side street near the Guildhall and owes its current existence to the Great Fire of London. 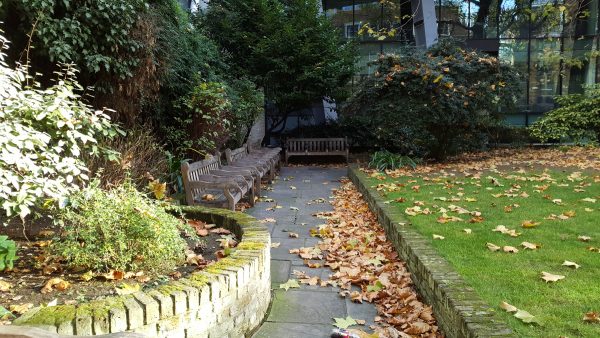 As with a lot of City of London parks, it’s a former church graveyard, and there has been a church on this site since at least the 12th century. It was first recorded in 1189 as Ecclesia de Staningehage, which probably derives from a wealthy family in Staines who owned land in this part of London.

Although the church lead a fairly routine life for most of its existence, it became a hotbed of Puritanism in the years up to the English Civil War. One of the poorer parishes of the area, the church was lead by Nathaniel Holmes, a leading Fifth Monarchist in the 1640s and even after the restoration, the congregation was notably Puritan in outlook.

The awkward situation of a puritan church openly preaching heresy in restoration England was neatly solved by the Great Fire of London, which promptly destroyed the church, The City authorities decided not to rebuild it, and the parish was united with the nearby and far less puritanical St. Michael Wood Street in 1670, although the graveyard was kept open until burials were banned in the City in the 1850s. 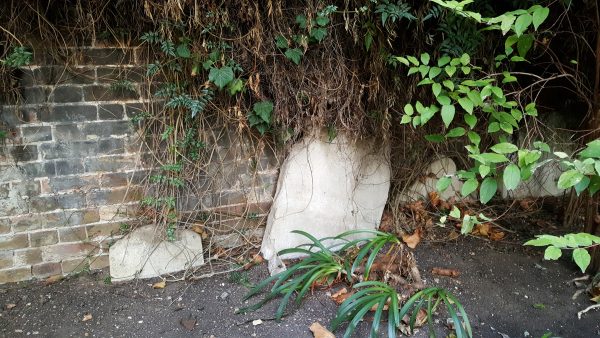 Part of the churchyard was taken over in 1959 by the Worshipful Company of Pewterers for their Livery Hall, and in 1965 the City of London Corporation took over the management of the graveyard, and now maintains it as a public park. If you look under the bushes on the north side you can still see some of the old gravestones.

What dominates the site though is the huge tree in the middle, and the newish Norman Foster designed office block with its striking curved wall – especially designed so as to not damage the tree, but which also makes for a fantastic backdrop to the tree. 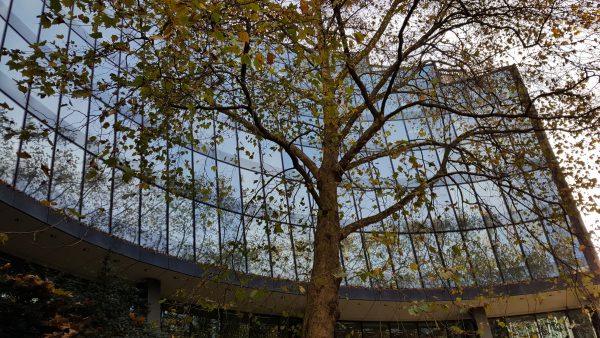 The huge steel supports that underpin the curved glass wall are in fact decorative, and aren’t actually necessary to the structure, but they do add an air of industrial strength to the building. 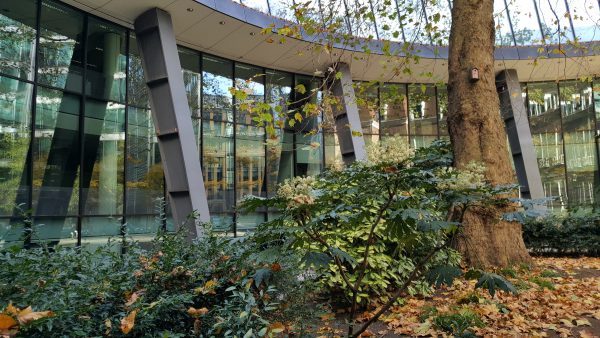 The side of the building is also notable for having a rainscreen cladding of Portland Stone, the first such wall in London.