This is a very modern take on the pocket park, with lots of grey stones, green trees and mini-fountains. 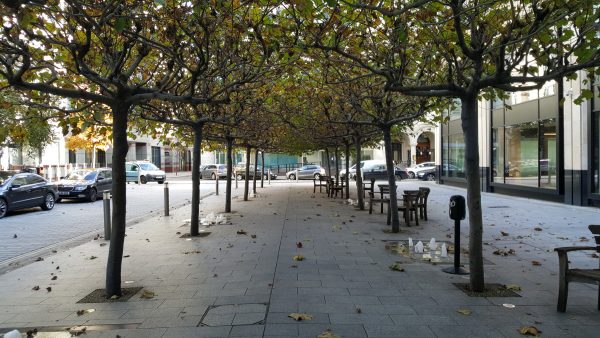 The park is a revamping of several previous post-war clearance attempts to do something with the site, and the current design was laid out in 2006 by Eric Parry Architects.

What we have is a long line of “table pruned” trees that create a canopy that has various degrees of greenery depending on the time of year, with a small cluster of wooden seating dotted around the green tent space.

A series of mini-fountains add a pleasing sound to help muffle the din of road traffic from the nearby London Wall.

What I particularly liked was the detail in the seating with nice curved armchairs rather than ordinary square blocks as many parks would have chosen. It adds a subtle softening and a welcoming feel to the seats. 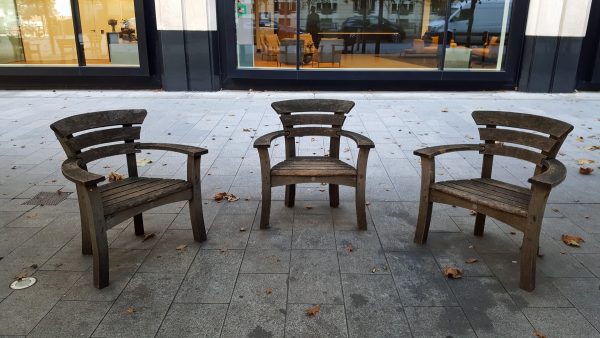 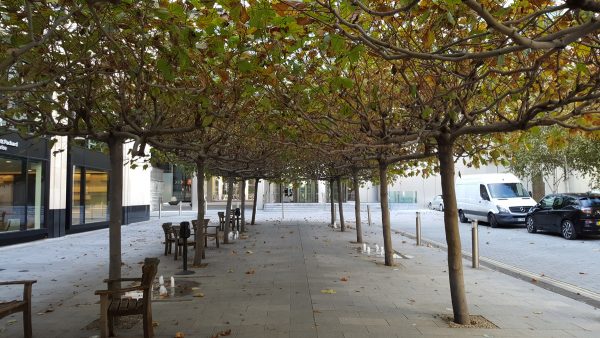 The project was part of the Street Scene Challenge initiative run by the City of London, which enhances the City’s streets by reclaiming them from traffic.

Aldermanbury Square was officially opened by the Lord Mayor on 20th November 2006.