Away with Cromwell and the New Model Army, away with working on Christmas Day and away with moralising. The King is back, and it’s time for a party!

Albeit, tempered with plague, war and accidentally burning down most of London.

When the King returned to the UK, there wasn’t a royal art collection, as most of what had existed had been sold off by Parliament following the execution of King Charles I.

The King returned with some art he picked up during his exile, but the walls were largely barren, until Parliament issued an order that all the sold off art was to be returned to the Palace. Much of it was sold back, and often quite cheaply by people seeking to curry favour with the new political realities of the time.

This formed the nucleus of the new royal collection, and The King added to it throughout his life. His tastes in art matched his enthusiasm for bedroom antics, so it’s not that difficult to tell which works of art were commissioned by the King, and which catered to more conventional tastes.

The exhibition itself starts with the ending of Monarchy, with the regicide of King Charles I to set the scene, but it swiftly leaps over the interregnum to the restoration.

A drawing of the King progressing to Westminster to be crowned does make me wonder just how they kept their Crowns on while riding horses. Crowns are quite heavy, so is the image factually accurate, or does the artist add a crown to the drawing to make it clear which of the horse riders is the King? 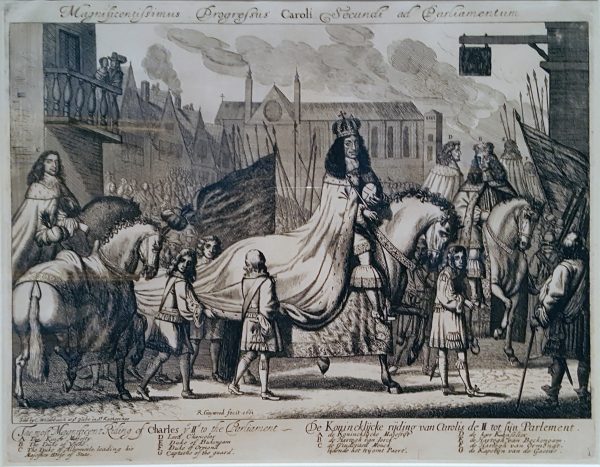 Look out for the proclamation for the better ordering of those who would ask the King to touch them to cure them of illnesses. This belief in the healing power of an anointed monarch was widespread, and King Charles II touched nearly 100,000 people during his reign. In a way, he was an early form of the NHS, albeit relying on magic instead of medicine.

The restoration also saw the rise of printing so for the less rich folk, printed images became very popular as affordable art. 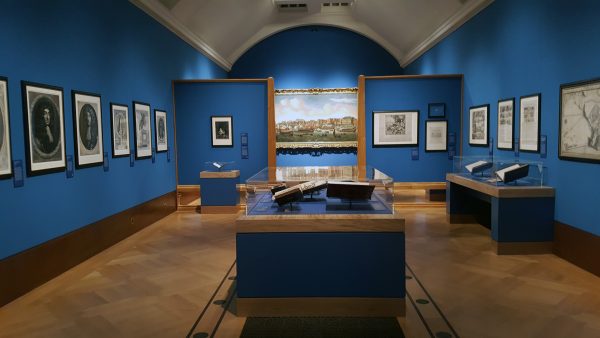 It’s around the corner that the printed images are replaced by paintings, huge blasts of colour that are such a contrast to what came before. 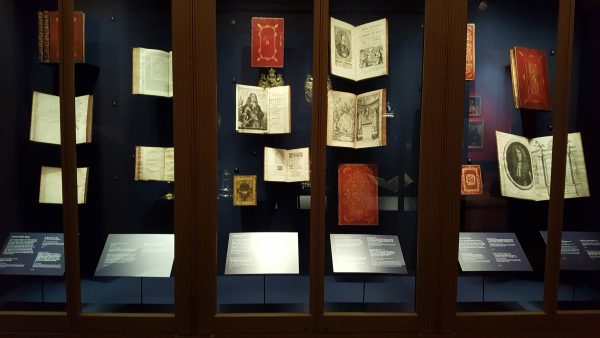 The King dominates the room, staring at his family, courtesans and various lackeys. One of the most curious portraits to look out for in this room of giants of Michael Alphonsus Shen Fuzong. With a name like that you won’t be surprised that he is Chinese, but was still a well-known figure in the English court, and a timely reminder that immigration is not a recent phenomena. 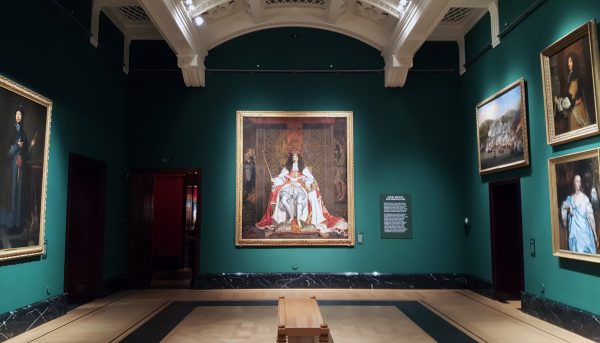 The display also includes items from the Dutch Gift, of 28 old masters given to Charles II — although we should probably call it a loan — as not too many years later there was the Glorious Revolution and a Dutchman sat on the English throne.

So the gift was “returned” to the giver. 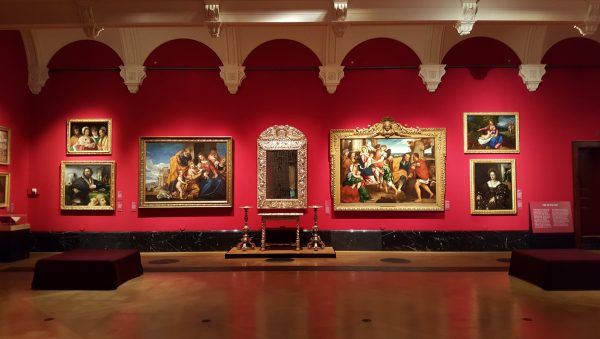 A final thing to look out for is back in the prints room, a painting of the Lord Mayor’s procession along the Thames — look closely as next to Westminster Hall is Westminster Abbey, looking very different from how we see it today. This was before the western facade was added in the 1720s, with the distinctive towers that make the Abbey stand out today. 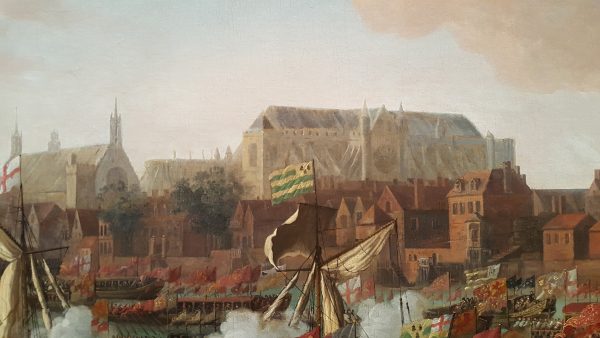 As a display, although there are some thematic elements to the layout, it is mainly a chance to see lots of big bold, and in some cases, slightly lewd, art and a large collection of drawings — all commissioned or bought within just a couple of decades.

The exhibition, Charles II: Art & Power runs until 11th May 2018 at the Queen’s Gallery. Entry is £11, and if you get your ticket stamped, it gets you a year’s worth of revisits to the gallery.