A less appealing garden is difficult to imagine, and if there wasn’t a sign announcing that this patch of paving was actually a garden, I’d have never expected it to be one. 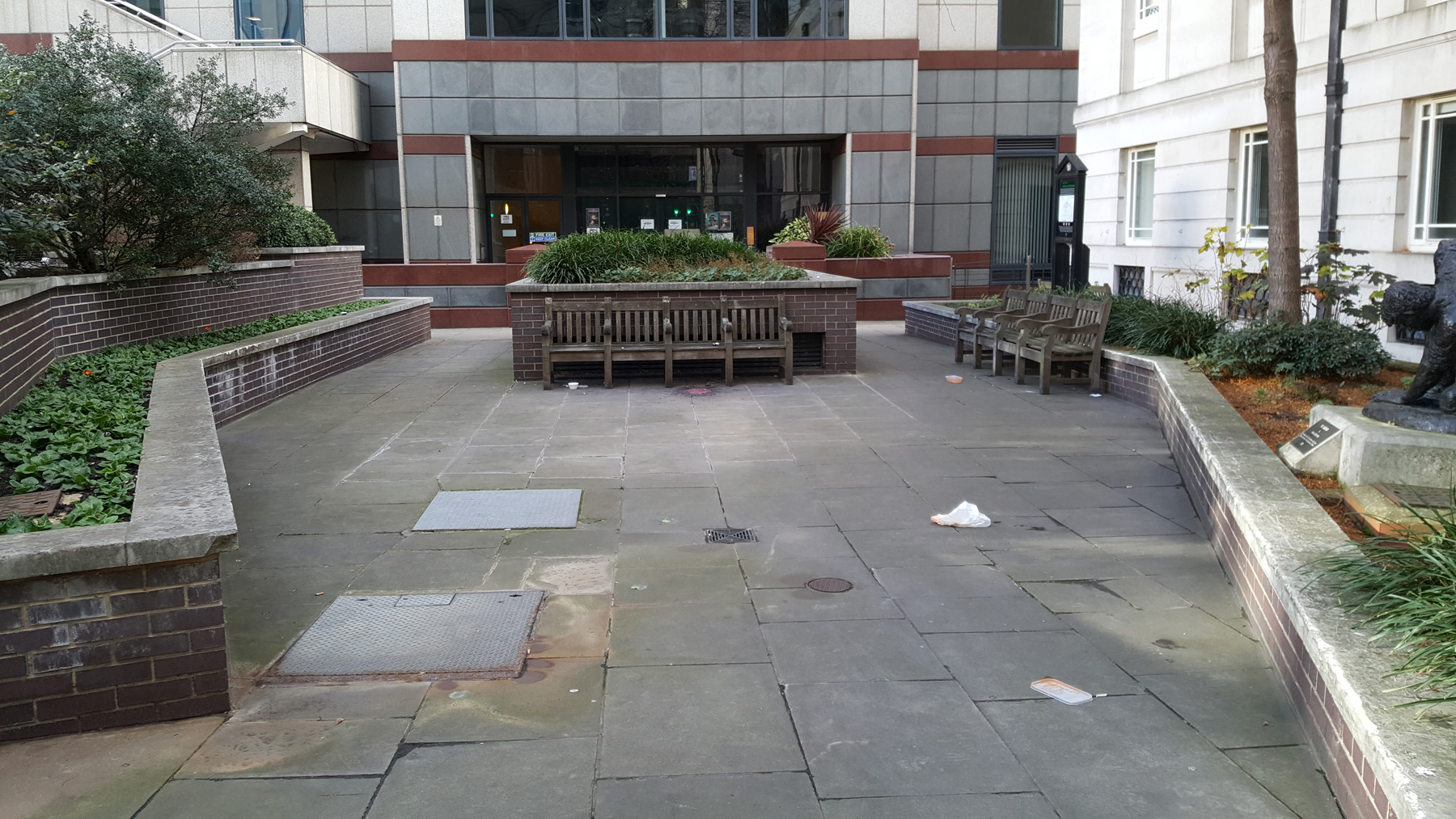 The current, so-called garden was laid out in 1960 as part of the rebuilding of the Livery Hall it is named after. The Worshipful Company of Brewers have been on the site since at least the 13th century and were one of the first in the City to have a permanent Livery Hall.

The garden sits on top of an underground car park, hence the large block of brickwork in the centre, which is a ventilation shaft for the car fumes below. It that isn’t enough aroma for you, it sits next to London Wall, with its cars and lorries ploughing past.

A small statue stands on one side, of The Gardener, by Karin Jonzen. Made in 1971 was relocated here from Moorgate in 2005. 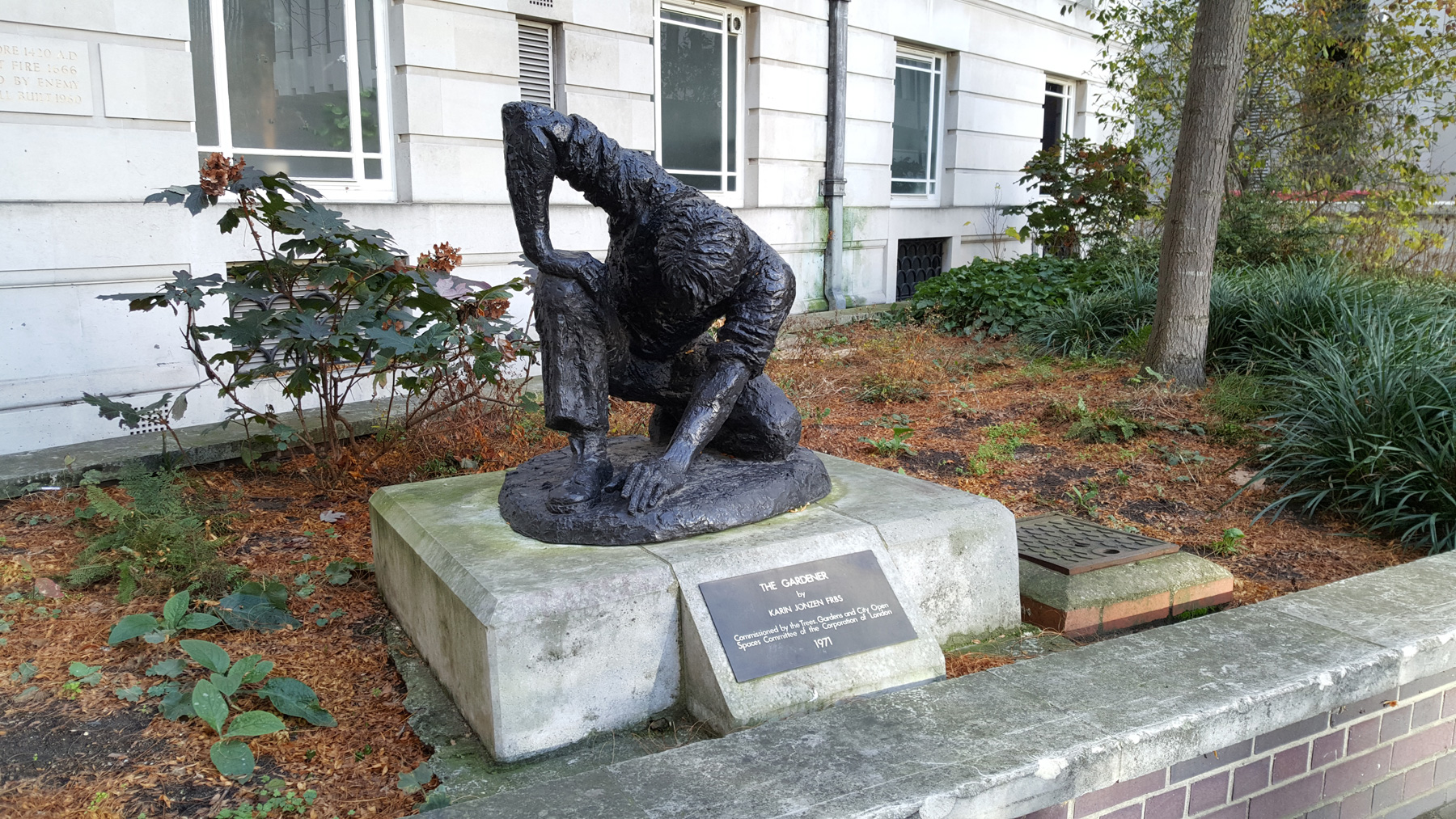 Otherwise, it’s a rather dispiriting site, just a few seats and some indifferent planting.

It’s now managed by the City of London.