Should you walk along the appropriately named London Wall road, you might notice a row of concrete blocks acting as a temporary wall, and it is just underneath them that can be found one of the larger intact remains of the Roman Wall. 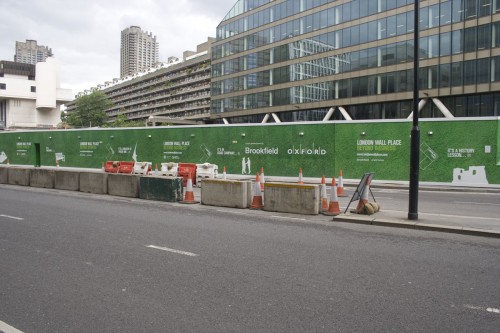 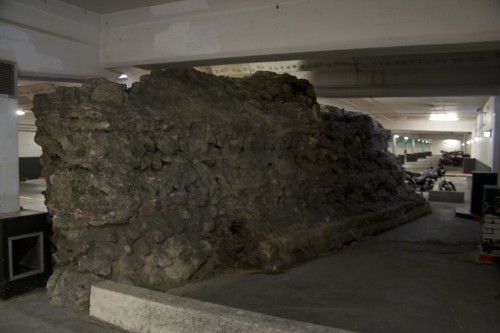 But how to see it?

In fact, it’s exceptionally easy, if you know how.

For that vast road that cuts through the City, once part of a planned, and fortunately abandoned ring road network sits on top of another road that runs underneath it. That is, in fact, a subterranean car park and during its construction, the Roman Wall was uncovered.

This fragment of Roman Wall is all that remains of a longer section of walling (of about 64m) which was uncovered in 1957 during clearance works for the new road and was, for the most part, subsequently demolished during the construction of the road and car park.

As much of the Roman Wall was actually later Medieval conversion, that demolition is not as heinous a crime as it might sound.

Still, a bit of a shame though. 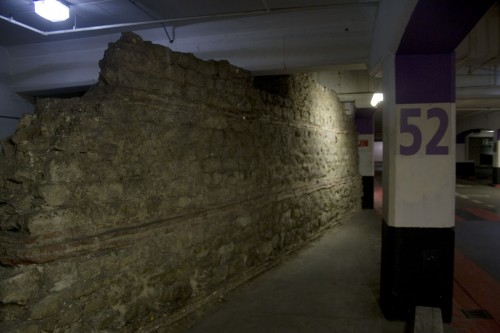 Anyway, to see this fairly fine remaining section, head over to the Museum of London, and then locate a suitable entrance into the underground car park. My preferred route is the staircase down from next to the above-ground section of London Wall next to the museum that leads directly to the car park.

Here, it’s a long walk along an empty (at weekends at least) car park that echoes to the sound of clomping feet as you stride along the long underground road to the very far end. And here, nestled amongst the motorbikes and motorcars, a wall built in the era of the horse-drawn chariot. 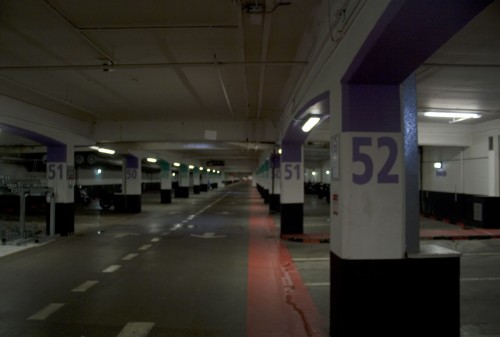 It’s not the nicest location, and the smell of car parks always makes me feel light-headed in a bad way. Yet, being hidden from casual discovery and not put into a sanitized display case makes it all the more appealing to visit.

Sadly, the fragment, and the nearby gatehouse are considered to be at risk by English Heritage due to the poor surroundings.

Do note that as it is in a car park, you probably want to let the security staff in the office halfway along the car park know you are heading down to look at the Roman Wall. They seemed quite happy with my visit. 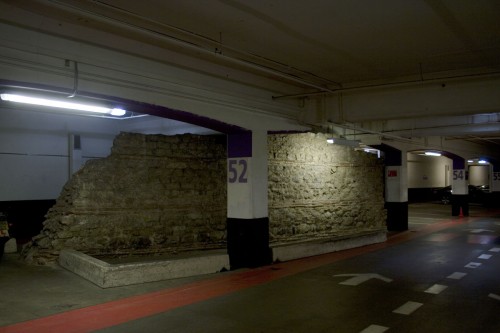 Still buried, further sections of London Wall lie concealed approximately 58m to the east and 120m to the west of this section. Obviously, you can’t see them!

However, next month is a rare opening of the Roman Bath House locked underneath an office block, which is really worth a visit.