As with many of the City of London’s pocket parks, this is a former graveyard for the church of St John Zachary, and also a site of war damage.

Made up in two sections, an upper street level with a few benches around a huge London Plane tree, what marks this public garden out is the large square sunken garden beside it with a large manicured grass lawn. 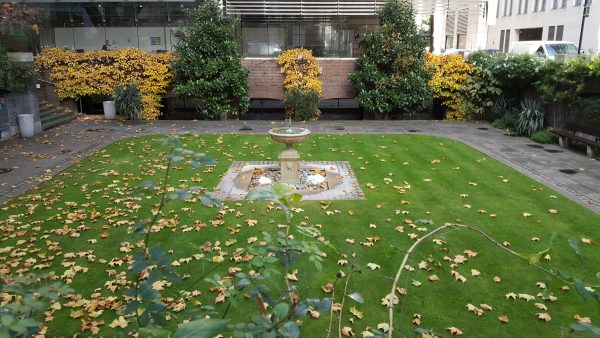 Before the war, this was a built up area of small offices, with the churchyard as an open space on the corner of Gresham Street.

The site was first laid out as a garden by the WW2 firewardens in 1941, and later won the award of Best Garden on a Blitzed Site in 1950. 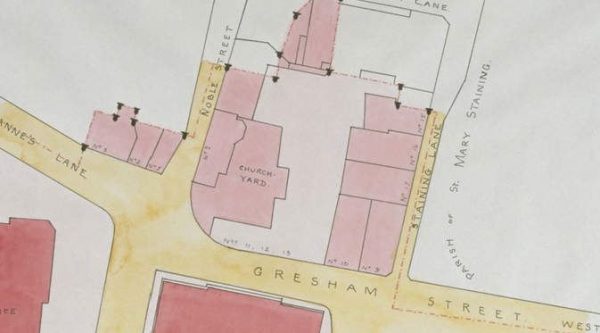 Although a former churchyard, it is now owned by the Worshipful Company of Goldsmiths, who have their Livery Hall on the other side of the road. It was refurbished in 1995.

Around the back of the garden is the Lloyds Bank headquarters building, designed by Grimshaw architects in 2002.

Staff sitting in the lower canteen level have a fine view of the sunken garden, and hence, visitors to the garden can peer into the canteen.

What’s in the corner though is a notable work of art – the Three Printers by Wilfred Dudeney. Commissioned by the Westminster Press Group, it shows a newsboy, a printer and an editor, and is Britain’s only public monument to newspapers. 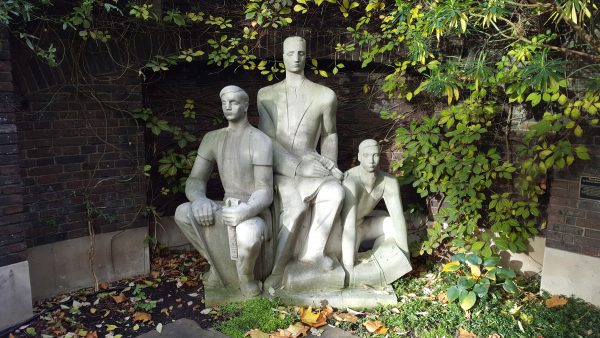 Originally based in New Street Square, Holborn, but when that redeveloped in 2009, the sculpture was moved to this garden. 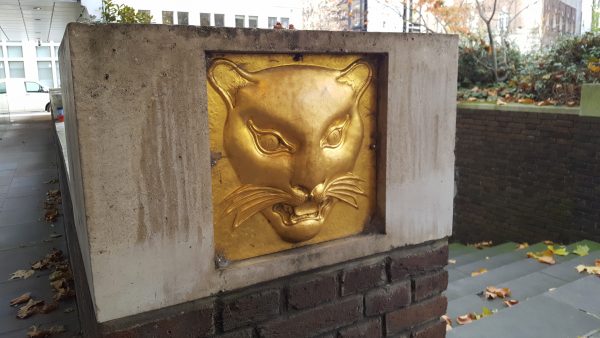 Notable also are what look like golden lions, but are in fact gold leopards, the symbol of the Goldsmiths Company.