This is an alley in two halves, with a narrow older half full of character and a very modern wider half that, well, lacks much to say about it.

The wider half though does have a few notable aspects, mainly the building it runs beside, Abacus House, which was constructed in 1990 for Schroders to a design by the architect Richard Seifert.

The site of Abacus House was once occupied by the Broderers Hall and prior to that a monastery that dated from the 10th century. It became a warehouse in the 19th-century and the Hall was destroyed in World War II in 1940, during the London blitz.

When the modern occupant of the site was constructed, the area next to the alley was opened up, but as a service entrance, which was sealed off behind a gate. The alley remained a narrow passage that weaved its way around the modern building, with an iron effect railing separating the two.

The site was recently refurbished, the sealed off service area opened up, and the iron railings removed. The railings were supposed to be replaced with just brass studs in the pavement that mark the legal boundary, but at some point, that seems to have changed into a more substantial boundary wall, made of wooden blocks. 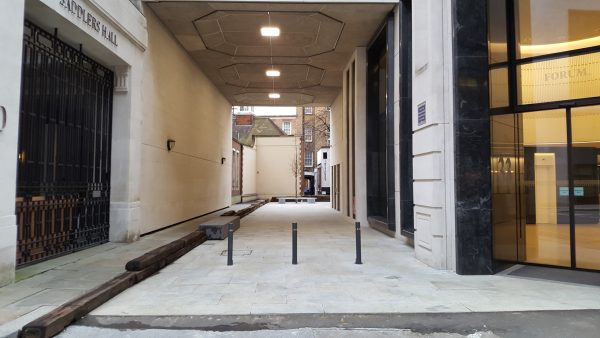 The rear of the court has also been blocked off since planning permission was granted, so that while the space appears open, it’s ever so subtly been redesigned to corral the general public away from the pseudo-public courtyard. 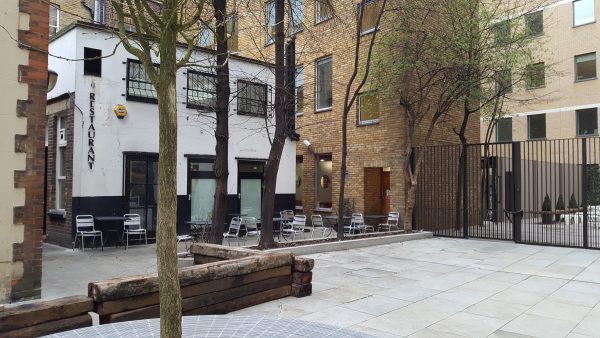 Down here though is the oldest part of Priest’s Court, a dark, dank, dim corridor under a block of housing, and hence utterly delightful. Although John Stripe was less impressed, describing it as “very long and ordinary” in 1720. 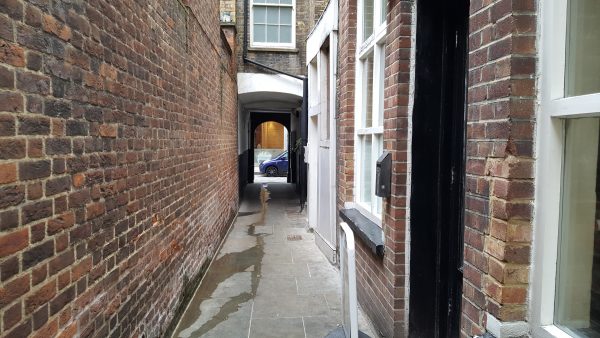 The court also housed Sir John Johnson’s Freewriting School, which he founded in 1695 to offer free education to eight scholars, although it only lasted 36 years.

Take a careful look at the entrance, where you can see the original oak frame where the alley would have once had a mighty door to seal it off, for the court was private then, as the residences of the parish priest of St Vedast. 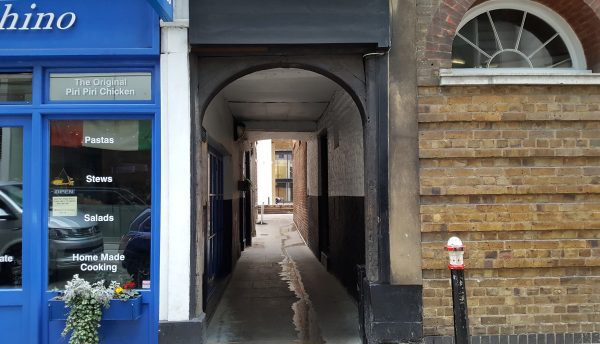 Today the court offers a small outdoor seating area for the cafe, and a convenient route between two roads, if you stick to the correct side of the newly added wooden barriers.