This is one of London’s former graveyards turned into public park, but with the rare advantage that the church it’s attached to still existing. 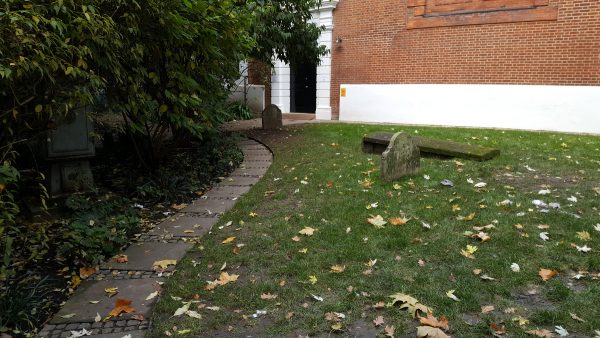 There’s been a church on the site since at least the 12th century, although the naming seems confusing, sometimes been known as St Anne-in-the-Willows, and sometimes to St Agnes.

The double-designation of churches after two saints came later in the 15th century. Burnt down in 1548, it was rebuilt and burnt down again in the Great Fire of London.

Rebuilt yet again, by Wren, of course, it managed to survive WW2 with serious, but reparable damage. It served as a Lutheran church for Latvian and Estonian communities in London, and is now home to the Gresham School, promoting singing among young people. 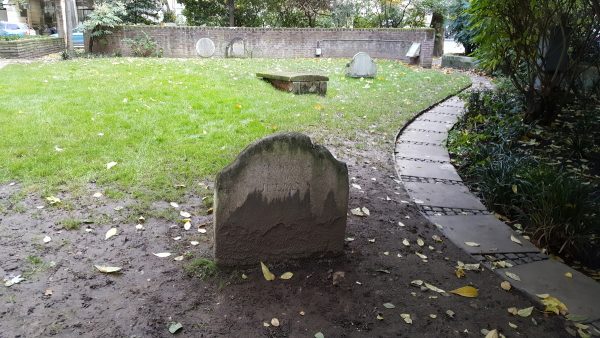 The Church is normally closed, but is open to the public on 1st Wednesday of every month from 11:45 until 14:45 when the Friends of City Churches opens it.

A small rather muddy grassed garden is in front of the church, which is surrounded by high bushes, and a rather quirky “gravestone” can be found under the bushes — a local utility box. 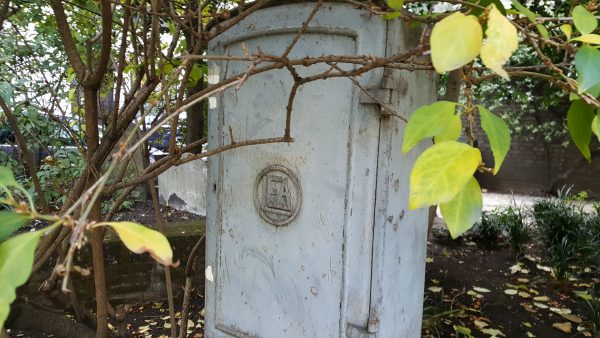 Around the corner, almost as if in a separate garden is an area with benches shaded under the canopy of London Plane trees. 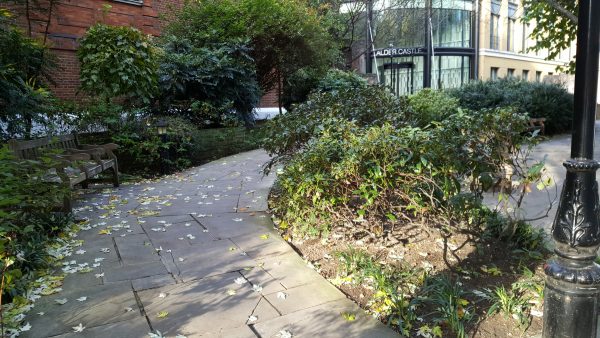 The gardens were revamped slightly in 2000 when the nearby “castle” office block was rebuilt.