A consultation that could see Oxford Street pedestrianised closes next week.

The plans, designed by Westminster City Council and TfL, could see a new traffic-free area between the Selfridges department store and Oxford Circus delivered by December 2018 to coincide with the launch of Elizabeth line services.

Delivering the end product in less than a year implies a very tight turnaround, so the consultation is likely to be a first, and last, chance to comment on the plans. Plans for the rest of Oxford Street along to Tottenham Court Road will follow later. 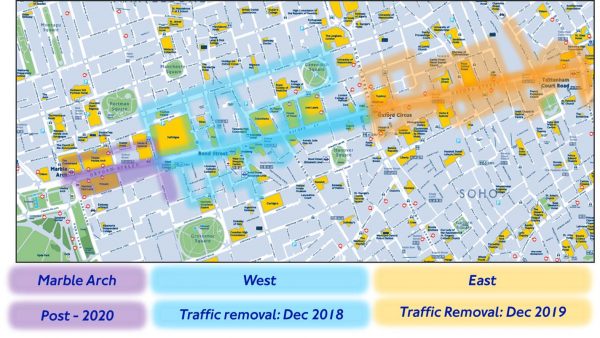 The pedestrianisation would see the road level raised up to the same height as the existing pavements, which should reduce the amount of time it takes to complete the work — and reduce the number of services that might otherwise have had to be dug up.

As well as transforming Oxford Street, improvements will be made to the surrounding streets, including at least 25 new pedestrian crossings in Marylebone and Mayfair, wider pavements and other street enhancements throughout the wider area.

Traffic will still be able to cross Oxford Street north and south at key points.

The plans would also see a substantial reduction in the number of buses operating along Oxford Street – with just two routes (route 139 and route 390), rerouted to operate along Wigmore Street, Henrietta Place, and Cavendish Square.

A number of buses have already been diverted away from Oxford Street in preparation for the changes.

Some people could also have to change buses to complete their journey, although the recent introduction of the Hopper fare makes that less of a financial issue than it would have been.

In addition, all of the bus stops on Oxford Street would be closed and removed as a result of the proposal to remove buses from Oxford Street West. Additional bus stops would then be added on the side streets where the two remaining bus services would be diverted.

Although those changes mean people on Oxford Street have to walk one block further to get to a bus, it’s notable that many of the large department stores have back doors already, so many shoppers will simply use a different exit. 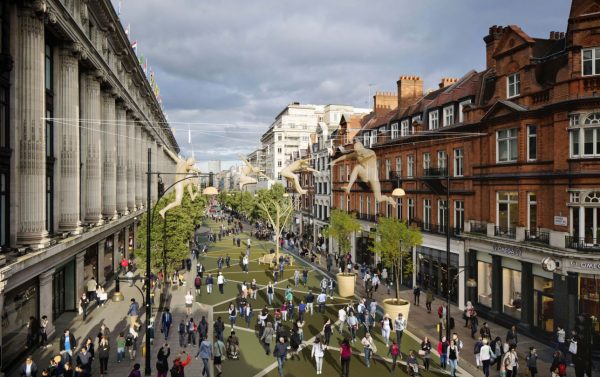 You have until next Wednesday, 3rd January 2018 to comment on the plans.

For more information and to respond, visit https://tfl.gov.uk/oxford-street