About the Banqueting House

The Banqueting House is a grand building in the heart of government, and the only remaining survivor of the old Royal Palace of Whitehall.

Historically famous for being the site of the execution of King Charles I, it is worth visiting for the magnificent Ruben's painted ceiling.

Banqueting House will open its doors for an evening of gay drama, drinking and discovery in its famous painted hall. 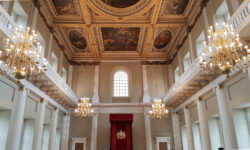 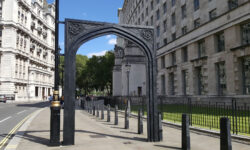 This Sunday morning, an spectacular sight will greet anyone in central London as roughly 500 members of the King’s Army of the English Civil War Society will march along The Mall to a muster in Horseguards. 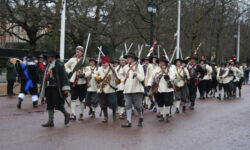