Remembered today for the King James Bible and the gunpowder plot, James I is less well-known for his popular nickname ‘Queen James’. His succession of male favourites wielded their influence in the political sphere as well as within the confines of the King’s bedchamber.

Following their first adults-only evening last year, Banqueting House will open its doors for an evening of gay drama, drinking and discovery in its famous painted hall. 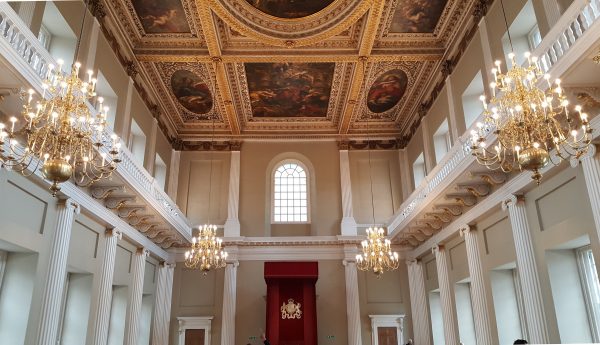 Encounter new performances specially devised for the night by performance artist Scottee and playwright Mark Ravenhill. Inspired by the letters between James I and rakish favourite Duke of Buckingham, these will explore themes of gender, identity and sexuality in a risqué and irreverent style.

The night will also feature talks on:

For those with a taste for losing their inhibitions, the Banqueting House’s Undercroft will also return to its former life as James I’s drinking den with a licensed bar and music.

Queen James takes place on the evening of 9th February from 7pm to late. Tickets cost £15, and can be booked here.