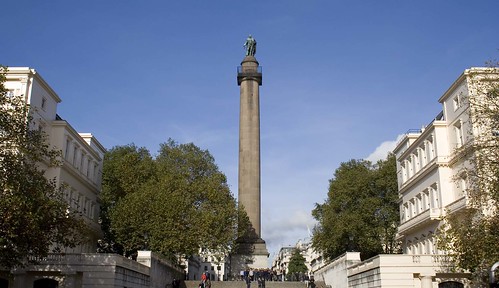 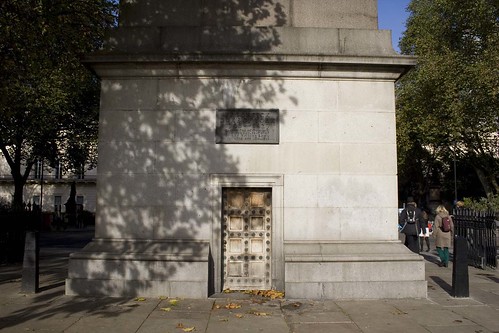 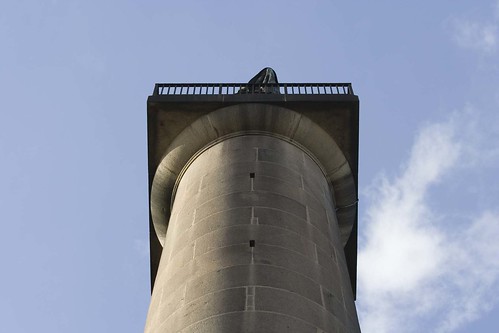 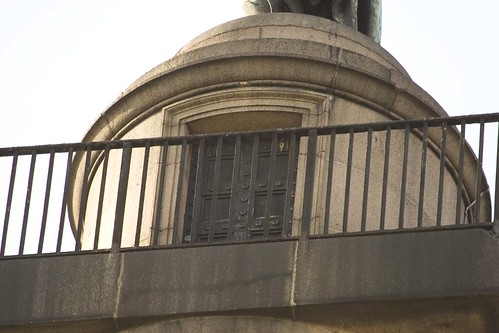 So how did what most people think of as just another statue to a long-dead person end up here, and with an observation balcony?

The pedestal at the base of the column is 16 feet 8 inches high and made of ten courses of Aberdeenshire grey granite. The column itself is assembled from 26 courses of Peterhead red granite, and the slots which are actually windows for the interior staircase are marked as f on the drawing. 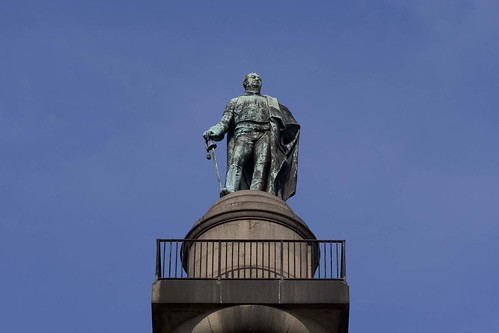 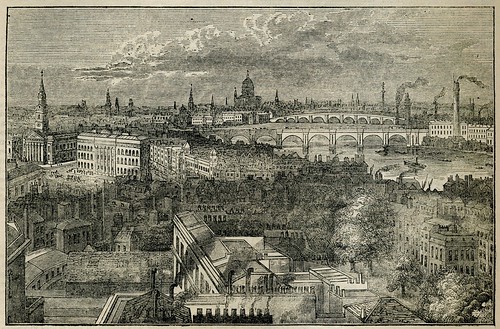 The column very nearly didn’t survive much longer after that incident – as in 1856 and again in 1904, Parliament considered road improvements in the West End, and one of the proposals that was seriously considered debated extending Regents Street down over Pall Mall and to The Mall itself – and in the process driving a road through Waterloo Place, digging out the steps and replacing them with a sloping road. 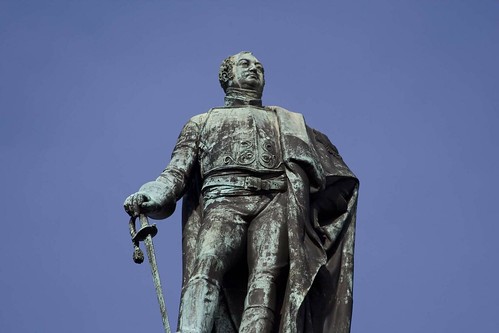