Outside Charing Cross station is a tree. An ordinary tree like all the others planted in the area. No one pays it any attention unless they walk into it. But this is a special tree. 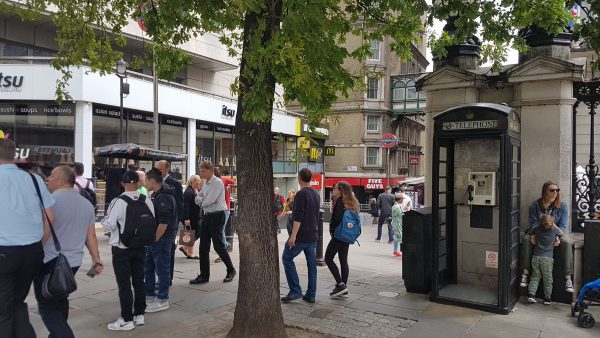 In four violent hours on that night, London lost around 250,000 trees. The Evening Standard launched a tree appeal and this English oak, placed here a year after the storm, is one of the many new trees paid for by its readers.
It was planted by the City of Westminster on 16 October 1988.

Over £60,000 was raised by the newspaper to fund the tree campaign. 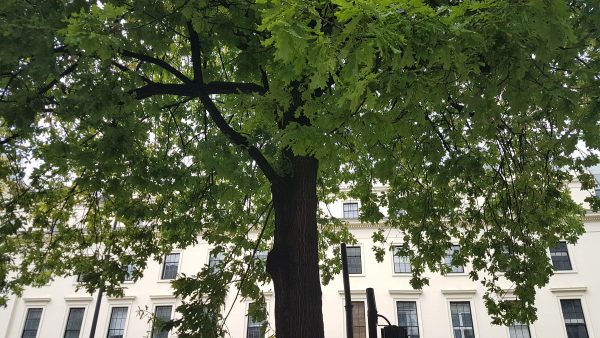 A plaque, which used to be in the pavement, was recently moved to the pillar next to the tree, and last year, on the anniversary of the storm, a new plaque added to mark that event. 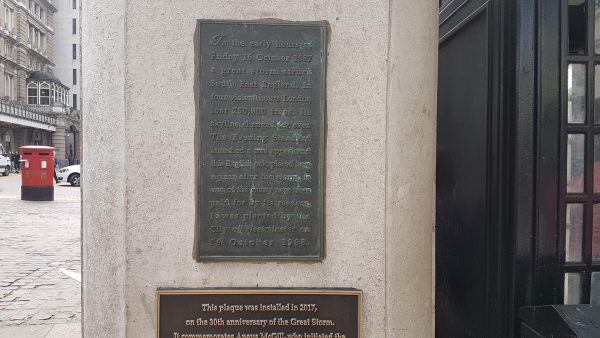 Today is the 31st anniversary of the storm, and the 30th of the planting of the tree to mark mankind’s attempt to repair the damage.