They will be following the footsteps of King Charles I in commemoration of ‘His Majestie’s Horrid Murder’ at the hands of the Parliament in 1649. 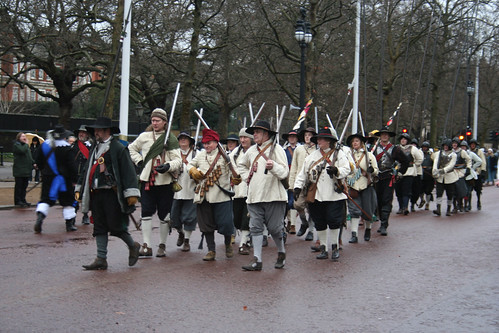 The soldiers of this modern re-creation of a Royalist Army of the Civil Wars are all volunteers and will be clothed and equipped in the same manner as their forebears were 363 years ago.

The main muster point is next to St James Palace from about 10am onwards, and at 11:30, they march along The Mall and then form up on Horseguards where a service is held in memory of the beheaded monarch, and various long-service awards handed out to members, to great cries of Huzzuh and the beating of drums.

The service incidentally is lead by Canon Alan Hughes, who is the Vicar of Berwick and he travels down to London especially for the event. It’s appropriate that he leads the service, as Berwick boasts the only Parish Church built under Oliver Cromwell. 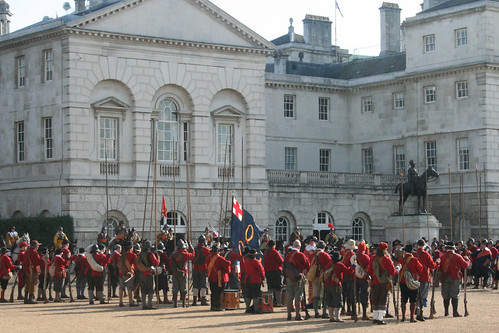 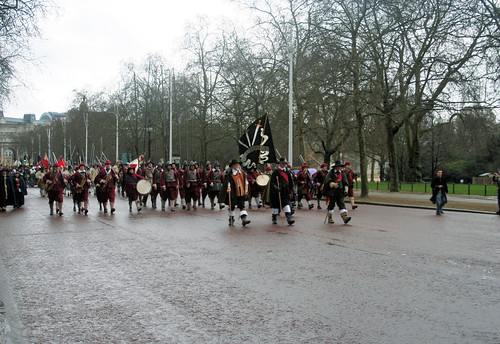 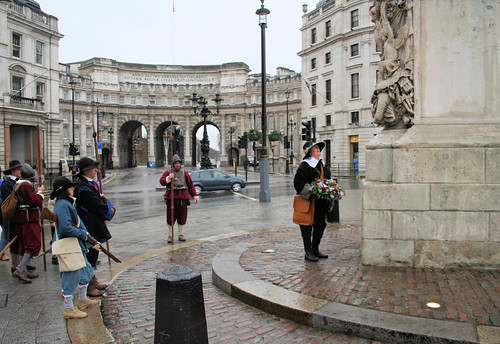 In addition, The Society of King Charles the Martyr also holds a service in Banqueting House on the anniversary of the Regicide – which this year will be Monday lunchtime.