The gravestone of a much loved dog by The Mall

In 1936, a full ceremonial funeral procession worked its way along The Mall for the German Ambassador, Dr Leopold von Hoesch which has become infamous for being a Nazi styled funeral in the centre of London.

Of course, the UK wasn’t at war with Germany at the time, and the dead Ambassador was seen as a moderate in trying to prevent Hitler’s increasingly militaristic outbursts.

However, a couple of years before that grand occasion, a rather smaller funeral took place, as the Ambassador’s much loved pet dog, Giro died after apparently developing a taste for the local electricity mains cable.

The dog was buried in the grounds of the Embassy, which is now occupied by the Royal Society, but the gravestone is visible to passers-by who stop to look past the — for the area — otherwise generic iron railings. 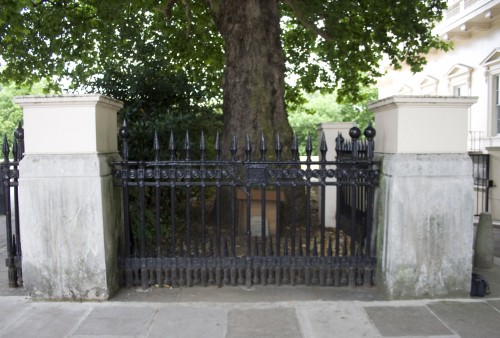 It is variously claimed that the dog was given a “full Nazi funeral”, but I have been unable to track down any contemporary evidence that this happened. Considering the Ambassador’s distaste for the Nazi regime, it would seem highly unlikely that he would have allowed the burial of a family pet to be commandeered for such a political stunt.

His own death though would not be spared the full trappings of a Nazi escort. I suspect he would have been horrified. 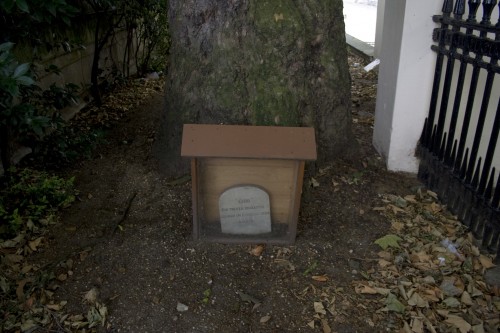 The grave itself is in what remains of the old garden, most of which has been lost by the construction of the car ramp down to a car park. But the grave remains untouched in its own private little square.

You can find the grave at the top of the Duke of York steps — of which the tall column is named.