Hear a WW2 Rolls-Royce Merlin engine powered up this weekend

One of the most famous allied sounds of WW2, the Rolls-Royce Merlin engine was used in the Spitfire and Hurricane fighter planes and the Lancaster bomber, and this weekend you can hear one up close.

WW2 Lancaster bomber to fly over London on Sunday

Look to the skies on Sunday lunchtime, as a Lancaster Bomber will be flying over London.

If you’re an auction house needing to show off a load of luxury cars, why not put them in a museum for a few days? 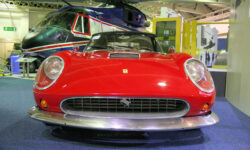 If you’re the Bonhams auction house wanting to sell large items – such as maybe, a collection of cars, then you need somewhere to put them on display. A large shed is ideal – and if it contains an equally… 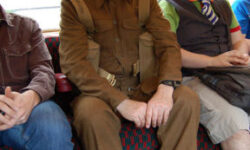 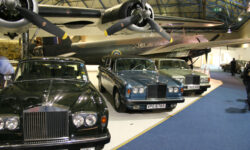 For the super-rich, Bonhams are holding an auction on Monday of vintage cars. For the less-rich, the cars also happen to be on display prior to the sale for everyone to peer at. Being definitely a member of the less-rich…