If you’re the Bonhams auction house wanting to sell large items – such as maybe, a collection of cars, then you need somewhere to put them on display.

A large shed is ideal – and if it contains an equally large collection of vintage aircraft, all the better. That is the concept behind the annual car sale in North London and one of the key dates in my calendar.

As I have mentioned in the past, my knowledge of cars could be fitted onto the back of the proverbial postage stamp, but I can still appreciate the athletics, if not understanding the adoration they seem to elicit in the – usually male – audience.

This year was extra special, for amongst the collection of cars with heritages that I couldn’t even begin to understand, was a car that I could actually get my head around. Yes, that Ferrari from the hit film, Ferris Bueller’s Day Off was up for sale and as part of the generation that grew up with its teenage rebellion as an iconic image to aspire to, even if none of us ever did so.

For me, that car is iconic – not for the car, which is actually one of three replicas made for filming with – but for the message the film sends. To see a key prop from the film is therefore a quite spine-tingling experience.

Bonhams, who were hosting the auction had made a great deal of fuss about the fact that they were selling this car, so when I got into the museum, I was surprised to see it almost hidden in a corner away from the main collection of vehicles. A single sign with the lot number to identify it – and nothing else to explain its heritage to the passers-by who might have ventured into this corner of the building. 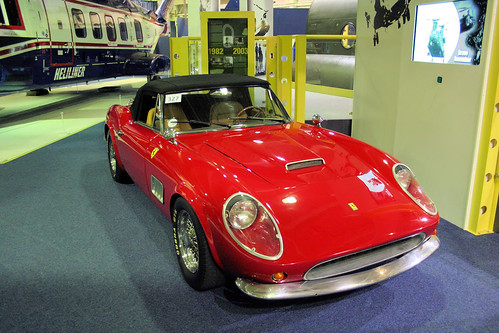 I wonder how many people visiting the museum this weekend will wander around seeing the nice, but average vintage cars and not realise that there is teenage rebellion lurking in the corner? On the upside, it did mean I had the spot all to myself, and maybe for just a tiny moment, I understood how motor-fans can get so dewy eyed about cars. 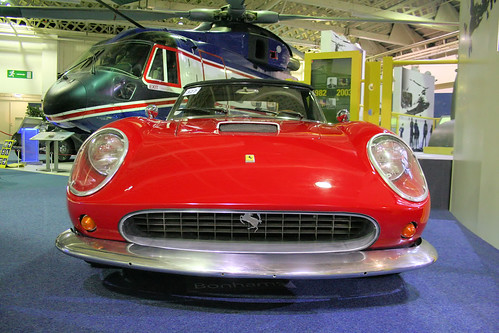 If you want to see the exteriors (and smell the interiors) of a collection of vintage cars – you need to get over to the RAF Museum tomorrow as they will all be sold on Monday.

I took loads of photos – as usual on my Flickr Gallery. 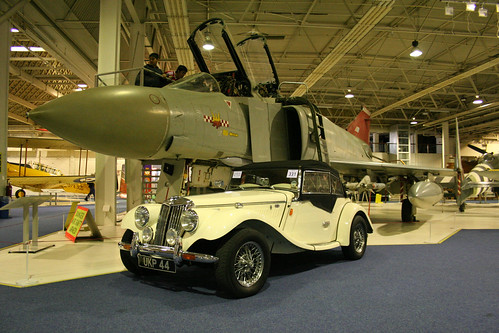