A look around St Mary-at-Finchley Church

A short walk from Finchley Central tube station can be found the area’s oldest church – a site of Christian worship that can be reliably dated back at least 800 years.

Sadly, the oldest thing remaining on the building today is a mere 600 years old, and most of the church is actually quite young having been extensively expanded in recent years.

The building has been altered many times since its foundation and the oldest parts, the north wall and the tower (which seems to have had a steeple during the 16th and 17th century), date from the reign of Henry VII. In 1872 the church was enlarged largely thanks to the arrival of the railways and the subsequent population boom in the area. Bombing in 1940 led to the substantial rebuilding of the church in 1953. 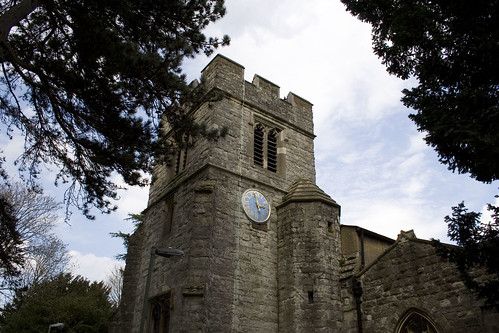 To be honest, when walking past on the main road it isn’t all that much to look at as a building, as while evidently a stone building, it also has a rather artificial look about the stonework, almost as if it is fake cladding on a municipal building. Indeed, the walls facing the main road are themselves just 80 years old.

It’s only if you go around the side that the church tower becomes visible, and the heritage of the site starts to become apparent. Also the church graveyard around the back is delightful, and if it had some benches, would be a lovely place for local workers to use for relaxing at lunchtime.

But no benches = no people, just three black cats… in a graveyard. 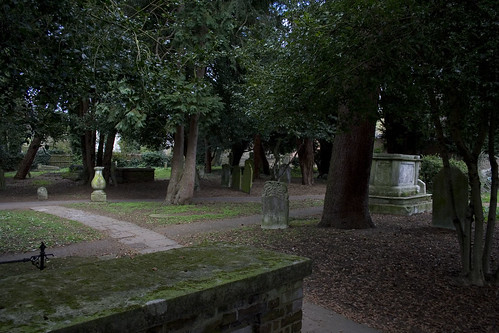 Inside, the church is fairly plan and unadorned with just a few stained glass windows and memorials dotted around the walls. It’s an odd mix of Georgian simplicity and more modern Tudor affectations. 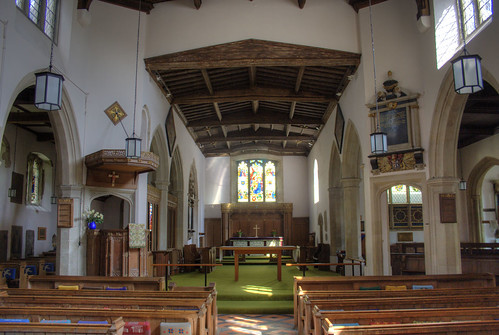 Still a popular church, the pew cushions add a splash of colour to the wooden pews, although I doubt 17th century puritans would have approved of such decadence as having pews to sit on, let alone cushions!

In fact, it was in 1684 the rector claimed that the parishioners undertook to repair the chancel in return for the erection of four pews. 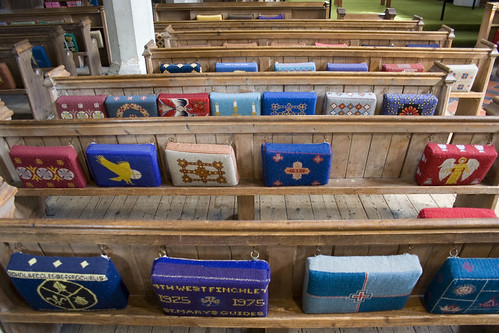 The church was empty when I visited, but the doors were open so anyone could go in and sit down to get a refreshing break on a hot day. 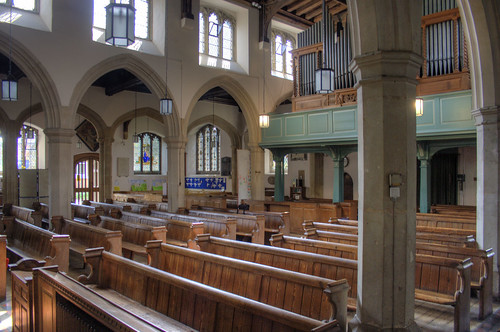