Published 18 August 2010 by Events and Tours 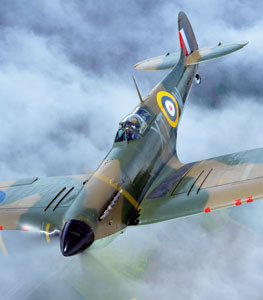 There will be a reciting of Winston Churchill’s famous speech, “Never in the field of human conflict was so much owed by so many to so few”, at precisely 3:52pm, marking the 70th anniversary of the day – and time –  the speech was originally delivered by Churchill.

The recital will take place outside the Cabinet War Rooms in Whitehall – and will be followed by a flypast over Whitehall by a Spitfire and a Hurricane at 4pm.

The Spitfire is P7350, the oldest airworthy Spitfire and the only Spitfire still flying to have actually fought in the Battle of Britain, while the Hurricane is LF363, the last Hurricane to enter service with the RAF.

Veteran Battle of Britain pilots will also be at the Cabinet War Rooms, although I am not sure if they are doing anything public or are just there for the benefit of the media.

In addition though – the flypast will be part of an all-day event where two Spitfires and the Hurricane will fly over all the key Battle of Britain fighter bases.

Click for a zoomable Google map of the route over London 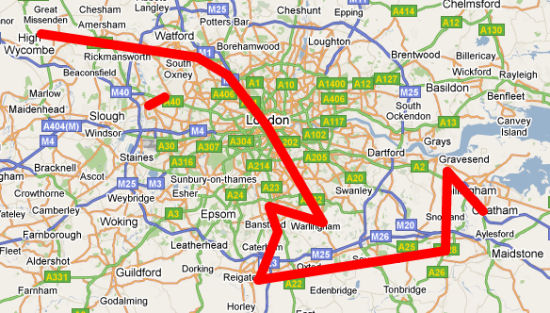 The key times and venues for us in London (and South East) are:

…coming in from oop Norf

…down to Southampton and Portsmouth then back up again

The full map for the whole UK route is available via this PDF file.

List of military fly pasts over London (and surrounds)

When the Central Line was used as a fighter plane factory