If this alley sounds vaguely Chinese, then it’s no surprise as it’s part of the old Limehouse Chinatown before Chinatown migrated to Soho. 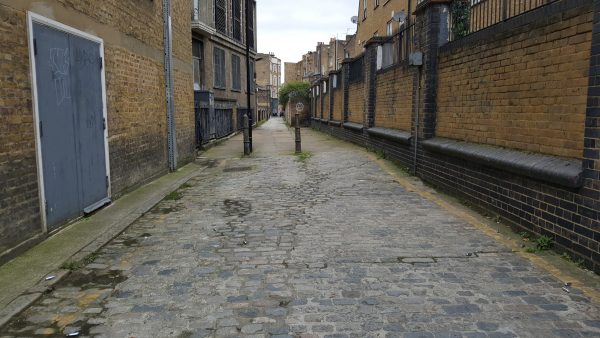 The original Chinatown was based here to service the Chinese sailors arriving in the docks, and it quickly gained a rather exaggerated, if very atmospheric image of opium dens and less exaggerated, for slum housing.

Much of the area was damaged in WW2, and the Chinese started their move to Soho.

But back to Limehouse, and here we have Amoy Place, although there are a number of nearby streets that still retain their Chinese names, such as Canton Street and Pekin Street.

Amoy Place was in it’s time the centre of the local laundry trade, with a large establishment on the alley itself, just where the alley today switched from a road to an pedestrian alley. The rest used to be lined with small houses, which are today a car park for the large block of flats.

The flats are post-war, and their existence is probably due to the land being cleared by the effects of a bomb. On the 9th October 1940, an oil bomb fell on Amoy Place, destroying a number of buildings along the northern end of the alley. 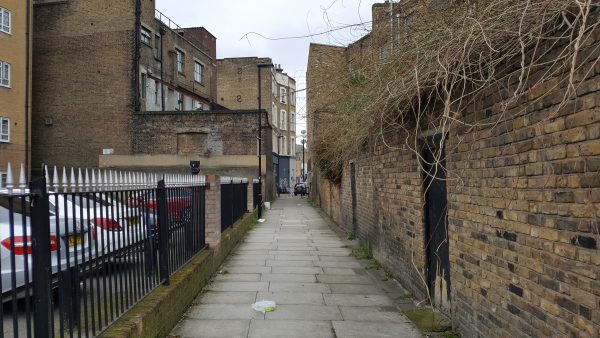 Do look for the old Metropolitan Borough of Stepney bollards, dating from before 1965 when it merged with Tower Hamlets. And on the back of the former post office telephone exchange, the mark of King George V from 1935. 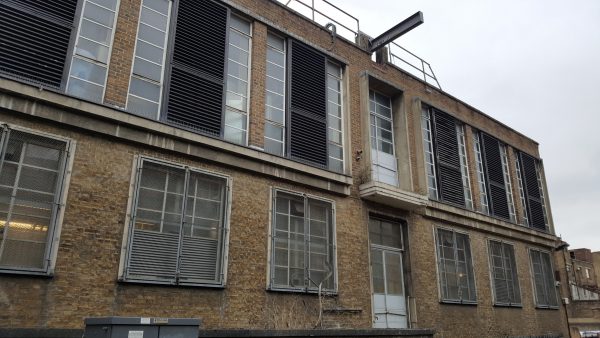 The old cobbles (setts) can still be seen under the modern tarmac in places, but the alley acquires a more run down feel as it heads northwards where it emerges onto the busy street in a rather shabby attire. 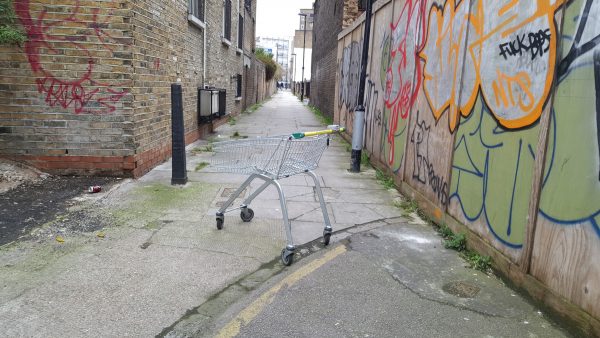