An unusual work of art in that the title for the art is written in plain English and clearly describes what you are looking at, which undoubtedly, is a man with arms open. 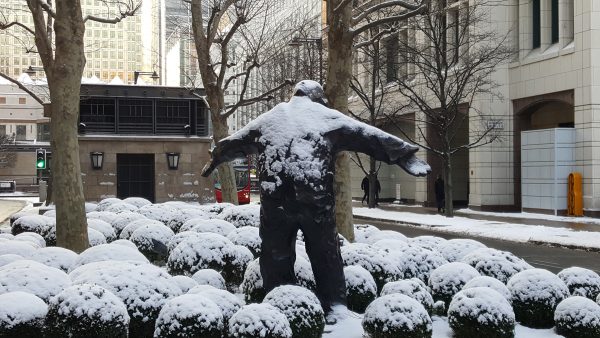 I’ve walked past this man many hundreds of times, and often not been quite sure if its a man looking up, or a man hunched over, but getting closer reveals his upward gaze. I also tend to see him a bit of puzzle. Is he looking up in joy, or despair? 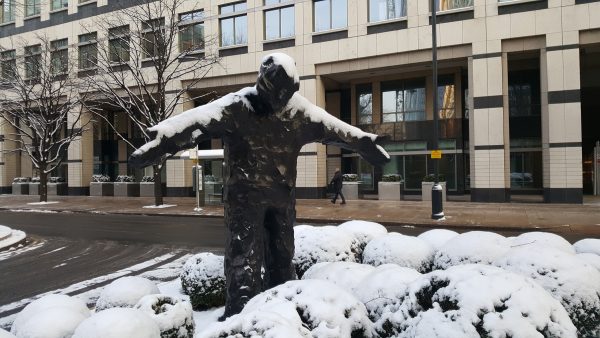 The sculpture is by Giles Penny, and was shown originally as part of the Millennium exhibition, The Shape of the Century in Salisbury in 1999. The Canary Wharf Group then bought the piece, and put it here, permanently staring up at the offices around him.

It’s also one of the few works of public art that the estate tends to leave alone without moving it around periodically.

There could soon be a twin though, back in Salisbury where the original first appeared, with a new casting made for the city. Although one councilor described it as ugly, and another, more enlightened one noted that while he personally disliked the work, he shouldn’t allow personal preferences stand in the way of public art.