Fronting onto the busy Commercial Road, this public garden in Stepney is probably more notable for the huge trees and the Georgian housing that surrounds it than for the garden itself. 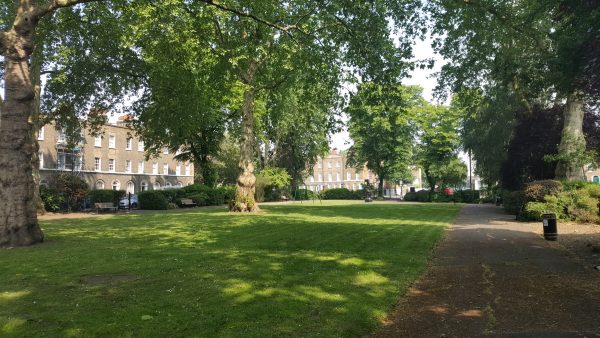 Commercial Road is the main arterial between the City and the Isle of Dogs and was opened in 1810 as a quick and direct route between the New East and West India Docks and the City of London.

The houses around Albert Square were laid out around the 1840s as part of a wider urbanisation of the farmland that previously lay here.

In 1899, there was a proposal to build houses on the garden square, but the London County Council (LCC) bought the land and opened Albert Square Garden to the public in 1906.

Protected from future development by London Squares Preservation Act, 1931, it was renamed Albert Gardens in 1937 when the LCC rationalised street names to avoid duplications.

The gardens today have four gates in the railings, but the two main gates are locked closed, so visitors use the side entrances now.

The south side has a cast-iron, 19th century drinking fountain. 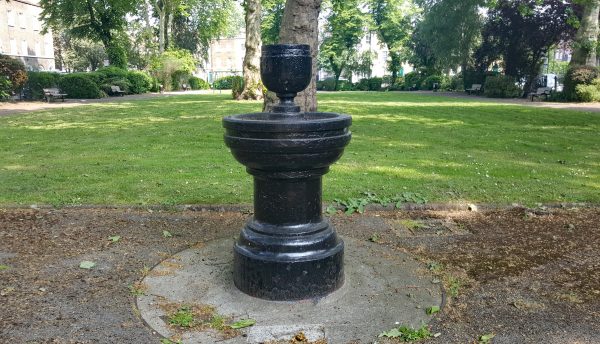 The north side is often described as having a drinking fountain topped by the statue of a Shepherd Boy, dated back to 1903. Only the date is correct. The boy is holding a sickle and leaning against a sheaf of corn — so should be described as a harvester boy instead. 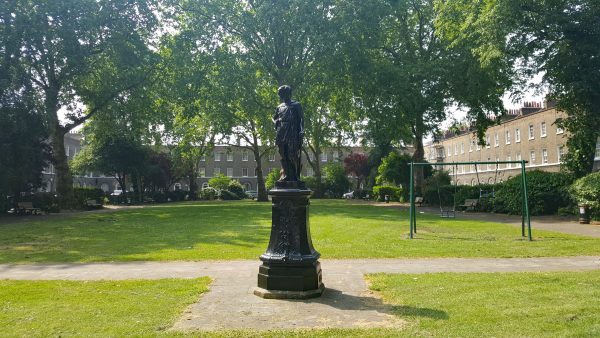 The gardens are rather municipal in appearance, and while the tall trees are a delight and offer cooling shade to the houses surrounding the park, there is a fair bit of rubbish dumped by people using the park in the evenings. 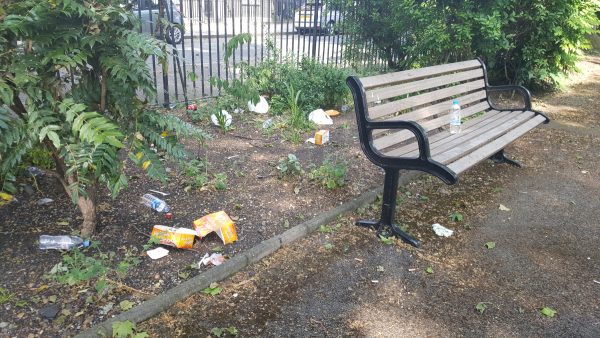