The areas around Rotherhithe and Surrey Quays were once a series of docks that were slowly filled in and lost in the 1970s and early 1980s. As befits an area that was originally a marsh, and then an industrial hub, it was entirely flat, so it may surprise people to learn that there is a decent-sized hill lurking right in the middle of these former docks.

Stave Hill is however a very modern edifice, being made up largely from the rubble left over from the clearance of the docks and then shaped into a sharply defined flat-topped cone.  It is also only just about as high as most of the houses that surround it, so while you get a view from the top that is almost entirely free of blockages, the hill itself is hidden from people looking the other way.

The sharply defined and manicured hill also stands in sharp contrast to the wilderness of the ecological park that runs around its north-eastern side.

If you approach the hill from the parks, then you will be faced with a dauntingly steep hill, but walk around and you will find a more utilitarian method of getting to the top – a set of steps. Do try not to think of human sacrifice at Mayan temples as you ascend its heights. 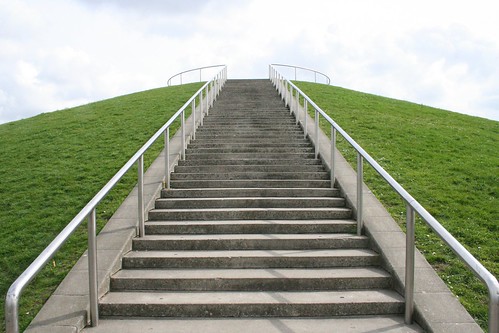 At the top is a quite remarkable 3D map of the area as it once was with all the old docks still in place. 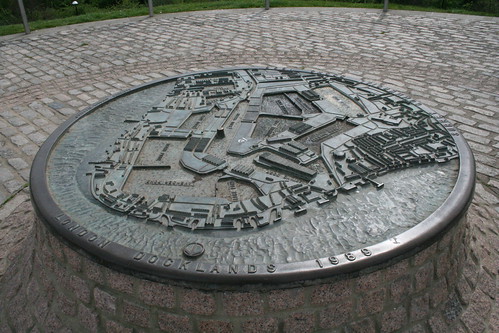 However, it is the views that draw most people to the site, as there are few locations where you can get a clear view of both Canary Wharf and the City of London quite so close from one spot. 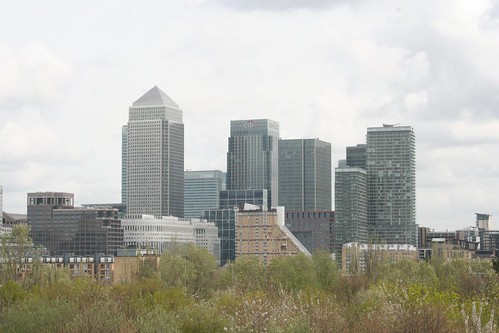 The conical mount also has four younger – and much larger – brothers in North London, at Northala Fields.