Bring some farm animals to your next Zoom call

We may be used to the family pet making impromptu appearances in video calls, but how about an actual farm joining in?

This short narrow alley seems oddly named, for streets tend to be large and wide -- but it's actually a lingering remnant of a lost road.

The city farm at Stepney, which saw a chunk of its site taken over during the Crossrail construction has secured funding to manage its expansion back onto the land that was temporarily occupied for Crossrail works.

If this alley sounds vaguely Chinese, then it's no surprise as it's part of the old Limehouse Chinatown before Chinatown migrated to Soho. 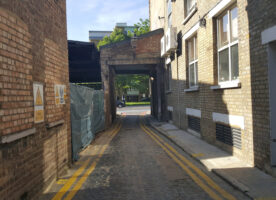 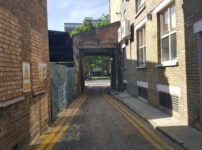 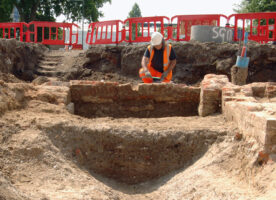 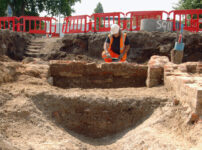 A surprisingly rich and cosmopolitan past has been revealed in East London's Stepney as part of the archeology associated with the Crossrail project.

Nearly a hundred years ago, plans were shown of for a mighty civic new building for the east-end of London that would have dominated the skyline for miles around. 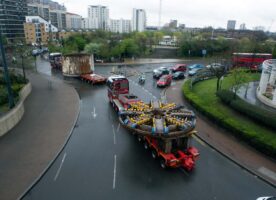 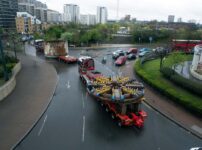 You're a tunnel boring machine quietly boring your way under London, when suddenly you get a police escort!

Another in the long sequence of milestones for Crossrail was achieved today as one of its Tunnel Boring Machines broke through the side wall and entered the huge cavern dug underneath Stepney. 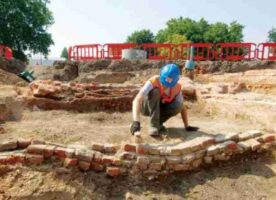 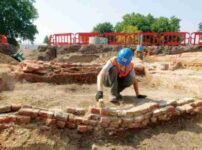 Fancy joining an archaeology dig on the Crossrail site? Well, they are looking for trowel wielding volunteers for a bit of Time Teamesque activity in Stepney Green.

Apart from some big holes in the ground for future train stations, Crossrail also needs to dig a number of access shafts along the length of the future tunnels – and one of the largest of them can be found… 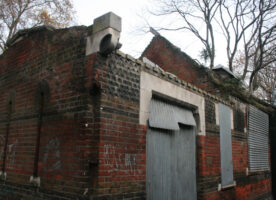 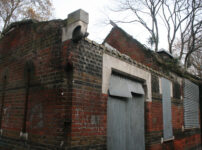 The Nature Study Museum, near Shadwell DLR station was very notable when it opened as it was the first in London to feature live exhibits to show to local residents who might not otherwise see living exotic animals and was…