While the Thames garden bridge gets all the attention, why not pay a visit to a garden bridge that works, that lacks security guards, and rather than protests, when opened was lauded and applauded. Opened in the Millennium, the bridge links two separate parks just outside Mile End tube station that would otherwise be dissected by the roaring traffic of the A11 road.

The park and the garden bridge can date their origins to WW2, when Germans kindly flattened the housing and workshops in the area, leaving a wasteland space that was largely untouched for around 50 years.

By 1990, it was finally agreed what to do, and that was to create a definitive route along the park, although strongly choosing to ignore the very nice route next to it — the Regent’s Canal.

That new route though spanned the A11 road, a four-lane petrol zone that seemed likely to doom the small southern portion to obsolescence, or more likely, development. Then came the inspired idea for a bride over the road, and one that would be planted. A garden bridge. 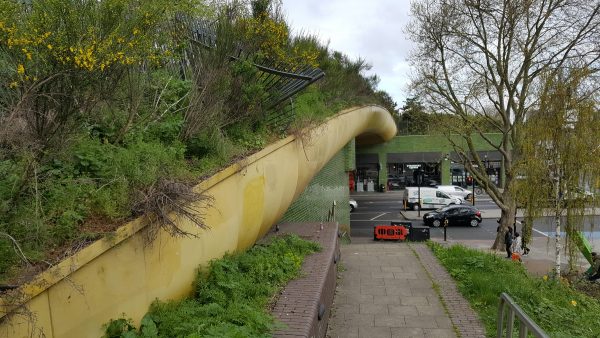 Designed by CZWG, it cost £5.8 million, with a large chunk of the cost being recovered from the new shops inserted underneath. While outside Mile End station its noodles, taxis and lebara mobiles, here its nandos, co-ops and coffees.

A very different world, barely a hundred yards away.

The question is how does the bridge fare – does it suit the purpose of knitting the two parks together, offering a refreshing route to avoid noisome traffic? Frankly, no. There’s a major road crossing next to the bridge, and the only people who have used it on the past three visits have been dog walkers, runners and cyclists. Most people save time by using the traffic lights. 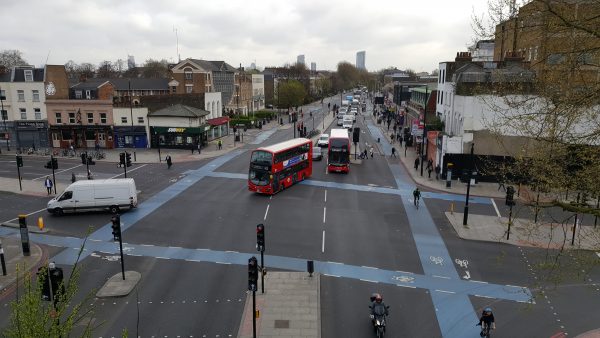 Upon the bridge, the necessary compromise between maintenance costs, the need for cost effective utility as a thoroughfare, and the aims for the garden have collided head on. 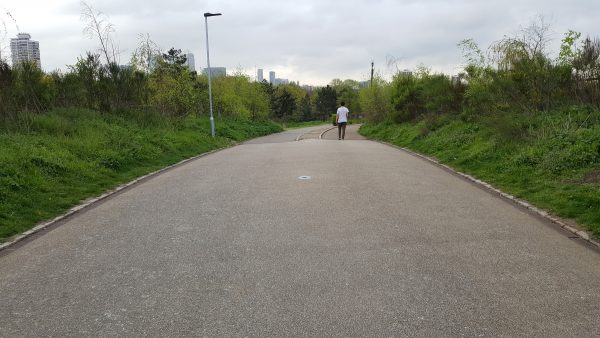 It’s very “municipal park” in appearance, but in that, is likely to be more useful than the Thames bridge, which seems to be predominantly for adornment than passing through.

Like the Thames variant, this garden bridge actually looks better away from the garden. Strip off the garden from Heatherwick’s design, and you have what is actually a very nice bridge, shorn of fussy greeery, politics and protests.

Likewise, here at Mile End, what could have been a basic slab of steel and concrete is a pigeon-proofed sculpted yellow curving shell that enlivens the area. 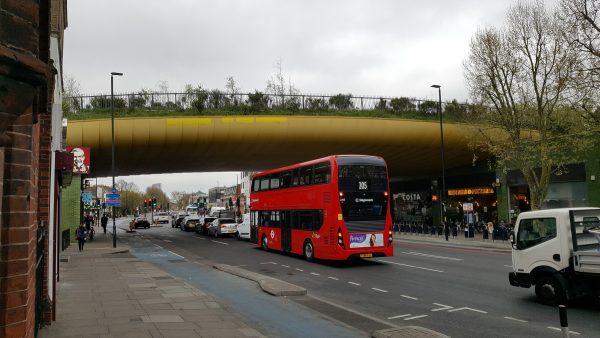 The bridge rightly creates a statement for the area, and does turn the park into something a bit more interesting. But is it a garden bridge, or an interesting bridge, with a little bit of planting along the edges?