Brunel Museum gets approval to expand the museum

The Brunel Museum in Rotherhithe has been granted planning permission to expand the museum site with a new pavilion that will link its two existing buildings into one larger site.

The annual tradition of filling a street in Rotherhithe with Nordic delights later this month won't be happening, but the Finnish Church will still be opening its Christmas food shop.

This is one of many of the King George Fields that can be found across London, and the UK.

This year marks the 400th anniversary of the Mayflower's voyage to the new world to escape religious freedoms in England, and there are a number of events being planned to mark the anniversary.

There is a mosaic mural of a swan in Rotherhithe that has an indirect link with the late entertainer, Max Bygraves.

Plans for a pedestrian and cyclist bridge across the Thames linking Rotherhithe to Canary Wharf have been put on hold, due to a shortage of funding.

Funding for groups marking the sailing of the Mayflower to America

A funding pot worth £140,000 is available for local projects in Southwark marking the 400th anniversary of the sailing of the Mayflower to America which will be marked in 2020.

London’s Public Art: The Sunbeam Weekly and the Pilgrim’s Pocket

This statue of a man and a boy in Rotherhithe is going to be very heavily photographed for it will be a major site of pilgrimage for Americans in 2020. 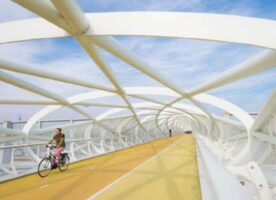 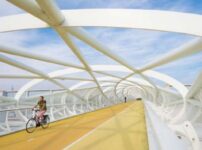 Pedestrian and cyclist crossing planned for the Thames

A new way for pedestrians and cyclists to cross the Thames has long been planned, and now a consultation has opened on what sort of crossing we will get.

The parish marker of a Rotherhithe church – in Stratford

If you wander along that broad avenue of Tesco Value Dubai that is post-Olympics Stratford High Street, you might spy a relic from the deep past.

Tours of a disused tunnel under the Thames announced

Very exciting news as a long forgotten and overlooked marvel under the Thames is to have its first ever public tours.

A rare confluence of events lead to a remarkable opportunity this weekend as 4,000 people were able to walk through the world's first underwater tunnel. 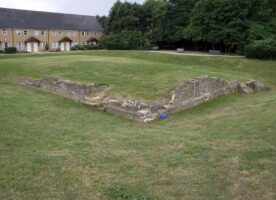 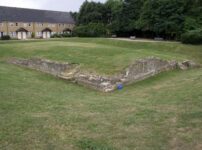 Next to the riverside in Rotherhithe, you might come across a patch of neatly maintained turf surrounded by modest houses - and poking out of that turf are the remains of an old stone wall.

The areas around Rotherhithe and Surrey Quays were once a series of docks that were slowly filled in and lost in the 1970s and early 1980s. As befits an area that was originally a marsh, and then an industrial hub,…

For Sale – a Model of the Rotherhithe Tunnel Shield

An auction house is about to sell off something I wouldn’t mind buying if I had a more generous wallet – a scale model of the tunnelling shield used to dig the (road) tunnel at Rotherhithe. “It’s a fabulous piece!… 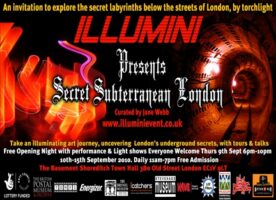 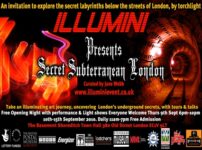 Fancy a week (well, almost) of events about the mysteries that lurk unseen under the streets of London? Sadly, mainly limited to talking about what is down there rather than actually visiting the places, the talks will still be of…

The strange appeal of walking through tube tunnels

Warning – tickets are SOLD OUT. You can try turning up in the hope that people have spares, but that is about it. The Brunel Museum will however resume their floodlit tunnel train trips in a few months time. In… 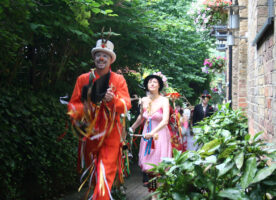 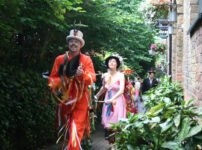 As much as a admire the Victorians for many achievements, they did have two rather annoying habits. One was to rewrite, or at least censor ancient history when they discovered the supposedly enlightened folk were rather keen on Bacchanalian propensities.… 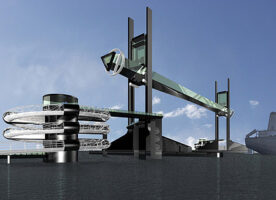 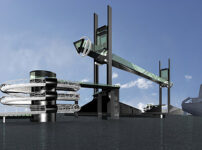 A lobby group has been pushing for a pedestrian bridge to be built linking Canary Wharf with Rotherhithe – a route currently serviced by either a ferry service or (via a short walk) the Jubilee Line. It is being reported,…