Tours of a disused tunnel under the Thames announced

Published 1 April 2015 by Events and Tours

Very exciting news as a long forgotten and overlooked marvel under the Thames is to have its first ever public tours.

In 1805, the Cornish inventor and mining engineer, Richard Trevithick was hired to dig a tunnel under the Thames in the first major attempt of its kind, and one which predated the more famous Brunel tunnel by some 40 years.

Sadly, the tunnel attempt failed, mainly as the firm behind the project ran out of money, but realistically, the engineering skills were still not ready for such an undertaking. 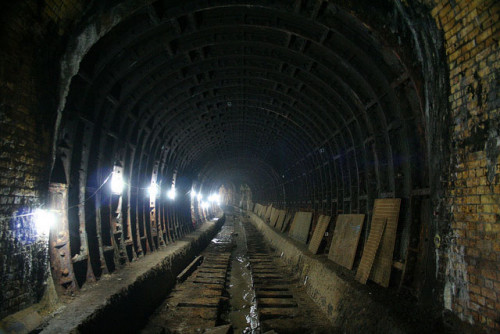 However, the two initial driftway tunnels dug by Trevithick still exist, and have been looked after by a local history association since 1983 with the intention of somehow opening up the tunnels to the public.

Tours are difficult as the only access is via the Rotherhithe Tunnel, but this coming May Bank Holiday, the tunnel will be closed to road traffic and the very first ever public tours will take place.

Visitors will be able to enter through one tunnel, then pass through a breach at the far end to walk back down the other tunnel. The initial much smaller driftway lies above, and is off-limits as it is far too small to let people into.

IanVisits is the media partner for the open day. 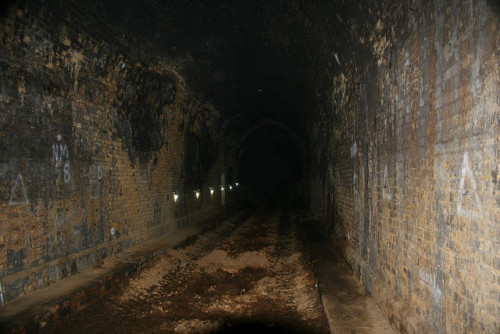 Tickets will be released at 9am, and are free of charge, so expect them to be snapped up fast.

Sorry — but it was an APRIL FOOL.

Richard Trevithick did indeed attempt to tunnel under the Thames at roughly that location, but all he dug was a very narrow pilot tunnel barely big enough for a single person to stand in.

While a marvel, and sadly rather forgotten about, it was nothing like as large as the photos or drawings on the website suggested, which are a mix of the Connaught Tunnel in docklands, now part of Crossrail, and the actual Rotherhithe road tunnel.

The remains of Trevithick’s tunnel probably still lie down there, infilled by mud from the Thames, but just maybe, one day, a survey will be carried out looking for the outline of the wooden supports which should leave a modestly detectable echo in the ground for geophysics to discover.

Hopefully you’re not too disappointed, and do read more about Richard Trevithick, he is a somewhat overlooked genius.