A rare confluence of events lead to a remarkable opportunity this weekend as 4,000 people were able to walk through the world’s first underwater tunnel. 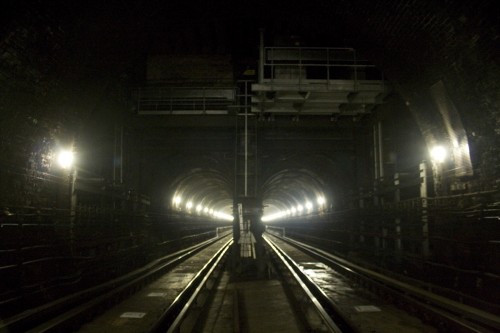 Of course, I am talking about the Thames Tunnel that is now part of the London Overground, and the public tours that caused such a buzz of excitement when the tickets went on sale a few weeks ago.

The confluence of events that permitted this event to take place was the need to close the line at Whitechappel for Crossrail works. Then the line to the south was closed for various upgrades needed for the forthcoming 25% capacity increase on the network. 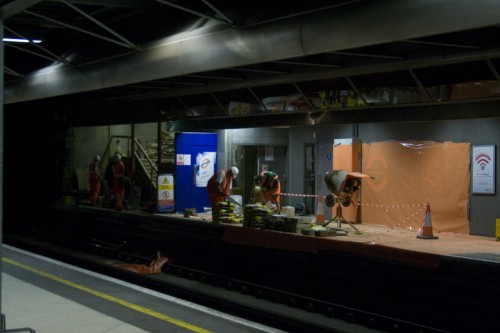 And finally, the tunnel itself had to be dormant and not subject to upgrades itself. All three came together at a Bank Holiday, giving TfL and the Brunel Museum three whole days of track access.

Three days incidentally that the railway couldn’t perform its normal function, and lead to lots of people turning up at Rotherhithe Station hoping to catch a train and sent away often snarling a bit.

Not snarling was the queue that waited around the corner for their chance to walk through a tunnel that normally carries about 60,000 people per day through it. Air conditioned carriages filled with glum commuter faces replaced with excited faces walking along the tracks instead.

In through the main single span arch and down to the twin arches of the original Brunel tunnel. Some of the arches within are still exposed with brick, as a compromise with the heritage lobby who wanted the entire tunnel restored. The rest is sympathetically coated in concrete. 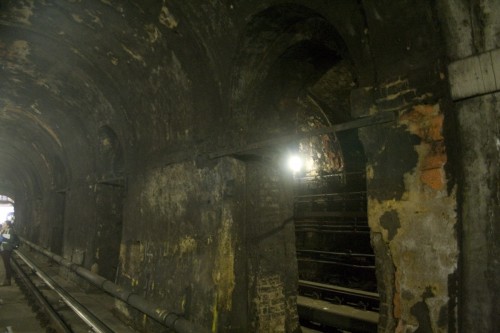 Preserving the tunnel by coating it in concrete was a controversial decision, but then again, these rare tunnel tours aside, who ever sees them? And the new lining is rated to last for 120 years. 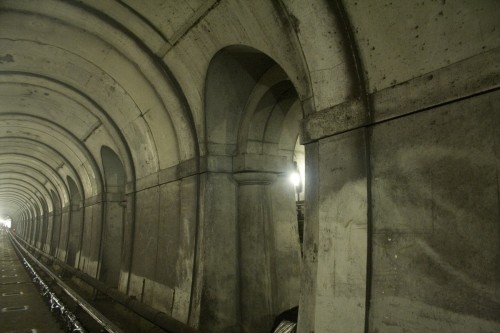 At the entrance to the twin tunnels, the gushing sound of water can be heard, and little known is that beneath the feet lies two more levels of hidden chambers. These are the sump pumps that store the water leaking into the tunnel, and then pump it away.

Even down here, the tunnel has hidden depths! 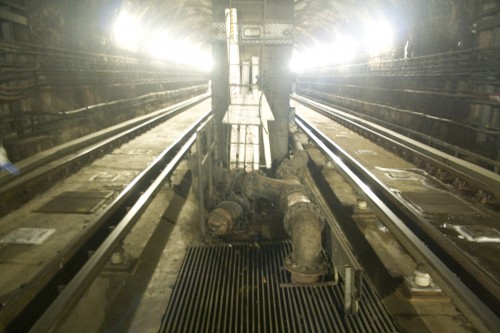 Above the heads, a concrete slab is fairly recent, and now forms the floor of a theatre space being built inside Brunel’s original shaft. The shaft at Wapping station is still in use for stairs and lifts, but here it will become a theatre space for the museum. 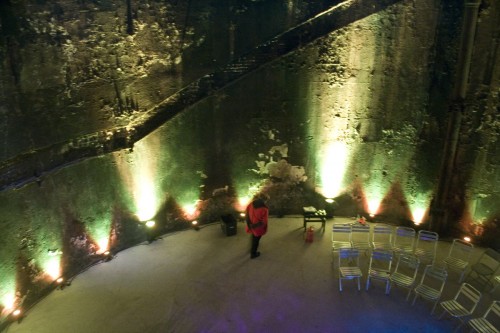 In fact, with half the £72,000 raised from ticket sales going to the museum, this is a major contributor to the £125,000 they need to fit out the shaft more permanently.

Any rich benefactors to stump up the rest?

The other half of the funds goes to the Railway Children charity, and all the staff around during the weekend are unpaid volunteers.

Our guide on this trip was the Brunel Museum’s own Robert Hulse, giving a talk about the history of what he calls the 8th wonder of the world. 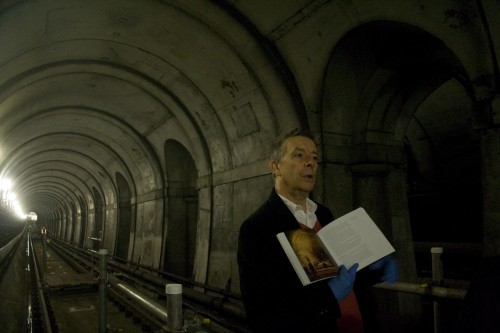 The history of the tunnel is recounted elsewhere though, so I wont repeat that. I am sure the 4,000 visitors will have been exhorted to buy a copy of the guide book as well. 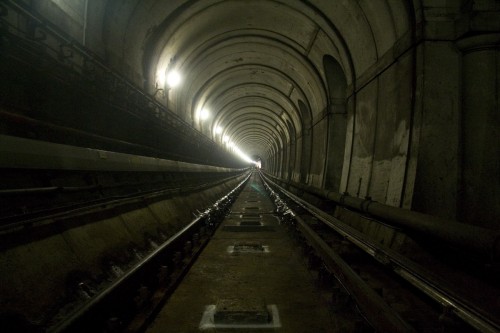 The Thames Tunnel is not a tourist attraction, and frankly with the Overground upgrades in the area expected to be completed later this year, unless Crossrail unexpectedly needs to close Whitechappel again, tours like this are probably a decade or more away.

While there are limited opportunities for another walk-through, something as exciting is being planned.

Subject to all the boxes being ticked, all the paperwork being signed and the contracts agreed… then next year they hope to run a steam train around the London Overground. And yes, through the Thames Tunnel.

So keep an eye out for that exceptional event, hopefully in 2015. 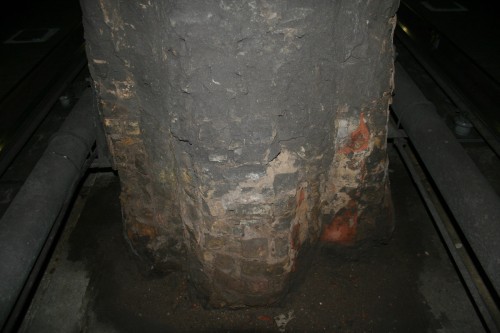 Original brickwork under the grime of ages. 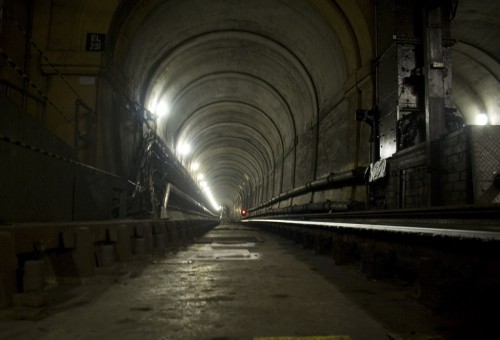 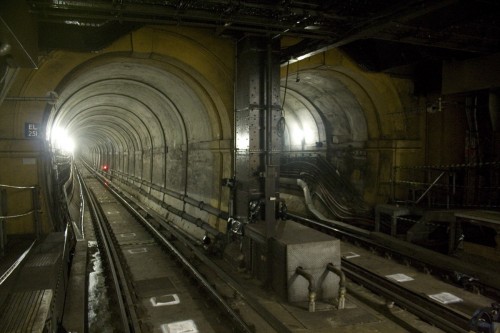 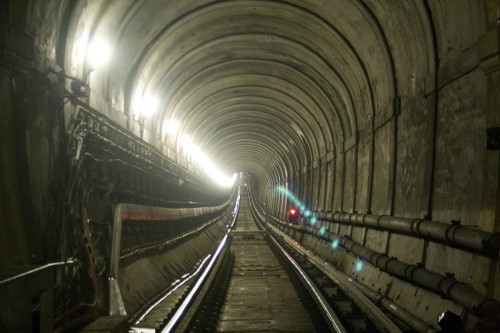 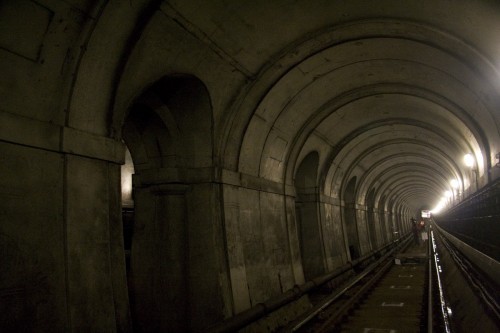 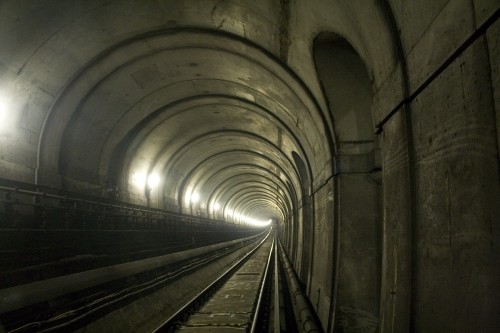 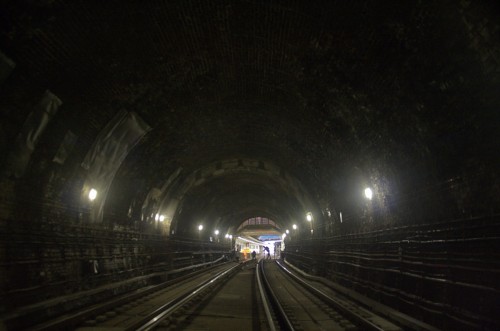