Pedestrian and cyclist crossing planned for the Thames

A new way for pedestrians and cyclists to cross the Thames has long been planned, and now a consultation has opened on what sort of crossing we will get.

At the moment there is a chargable ferry that crosses the Thames at this spot, saving people living along the river at Rotherhithe the long walk/bus ride to the tube station at Canada Water. As the Jubilee line is as packed as a tin of sardines in the rush hour, a way of encouraging Rotherhithe residents to avoid the tube and cross over to Canary Wharf by another means is seen as a very good thing.

But quite how would they do that?

The ferry could be made free and made larger, but it waiting for the ferry(s) would slow the journey.

A bridge is the second cheapest option, but a low bridge needs to be opened a lot for ships, and a high bridge needs a lot of ramps for cyclists to get up to it.

A tunnel avoids all the problems – but costs a lot more.

TfL’s consultation recommends that a bridge be built at a cost somewhere in the region of £225-£300 million.

However, while TfL says that the cost of the tunnel is the most expensive option, the numbers actually look less worrying than the headline suggests.

The preferred option, of the bridge could cost at most £300 million, and would be expected to attract approximately 1.5 million pedestrian trips per year and between 450,000 and 900,000 cycling trips by 2031.

The tunnel would cost around £440 million, but would carry an estimated 1.6 million pedestrians and up to 900,000 cycling trips.

The financial figures are the total of all costs involved in designing, constructing, operating and maintaining that option over a 60 year appraisal period, reduced to 2016 prices.

The tunnel is also expected to have slightly higher usage, probably because it’s weatherproof and won’t be closed for shipping at random times.

Unlike the Greenwich/Woolwich tunnels, which are narrow tubes dug under the Thames, a tunnel at Rotherhithe could be based on wide concrete boxes being dropped into a trench in the river bed — so it would be considerably more appealing to use. 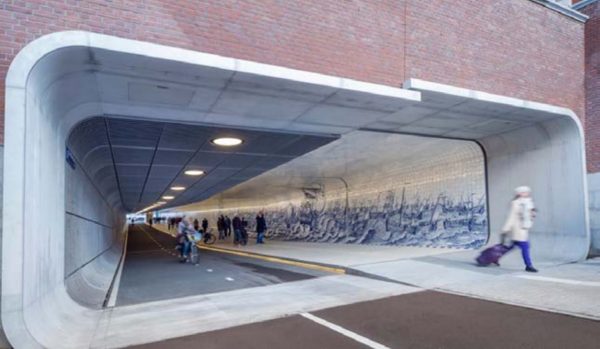 There also happens to be two very useful landing points for the tunnel — two disused docks that could offer gentle slopes to the street level.

On the Rotherhihe side, the dock wall is at street level, offering a convenient entry to the tunnel. On the Canary Wharf side, there would be a bit more complex, but the inlet dock could be a viable access point.

Once the sloping tunnel entrances are built, the docks can be reinstated above them again to hide the tunnel. 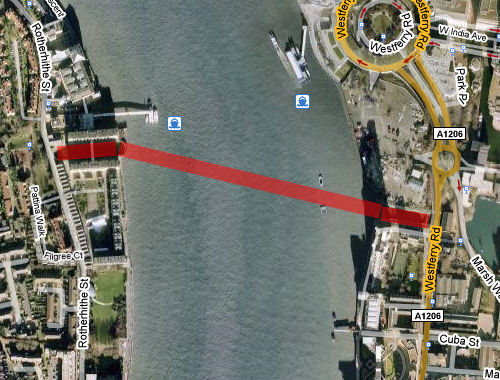 Bridges can, and often do, look quite lovely, but the cost difference, while not insignificant, is not so great that the tunnel should be overlooked. It would after all offer a dry route in winter and one that is not interrupted by ships needing to get past.

The consultation is here.