On this day, 492 years ago, the center of London was abandoned as some 20,000 people fled the arrival of a massive tidal wave that was to devastate the centre of the city. 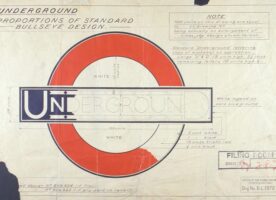 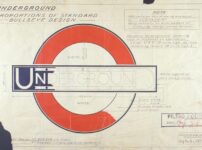 One hundred years ago, Londoners woke up to find their familiar underground station signs were being bastardized with some modern interloper.

When the trains ran on Christmas Day

When the railways were younger, the motor car didn't exist, and the Christmas holidays were just one day, trains were commonplace on Christmas Day itself.

Just after Christmas, the distinctive wail of an air-raid siren will once again echo out across the City of London.

A fairly rare chance to dine, for a price, at Simpson's Tavern in the evening hours.

To mark the 200th anniversary of her birth, the Science Museum has opened a small gallery devoted the "mother of computing", Ada Lovelace.

It's the evening of 14th October 1940, and one of the worst wartime disasters of the London Underground is about to take place.

The Met Police opens its “Black Museum” to the public

The contents of one of London's most secretive private museums has gone on display for the very first time.

An underground Victorian subway built for the Crystal Palace and long since abandoned is attempting to open up to the public once more.

Within Westminster Abbey sits a monument to a mighty King, and to mark the 600th anniversary of his greatest victory, it is to be opened to the public.

The Victorian swimming baths floating in the Thames

Nearly 150 years ago, a miniature "Crystal Place" was moored on the Thames near Parliament, as a floating swimming bath.

One of the enduring images of the Blair government was a lone man protesting outside Parliament in a tent -- and now some of that protest has come to the Museum of London.

Next month is a chance to have a look around both the Transport Museum's overflow warehouse, and the Heathrow Express train depot on the same day. 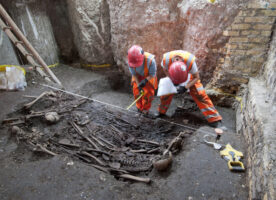 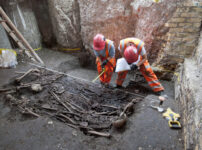 A mass burial site suspected of containing 30 victims of The Great Plague of 1665 has been unearthed at Crossrail's Liverpool Street building site.

London has in recent years gained a loop railway that runs around the suburbs, but 100 years ago, a proposal was made for a much larger loop which would have dramatically changed how we see the city today. 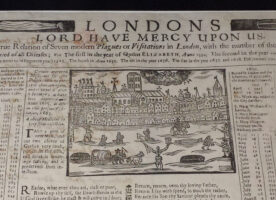 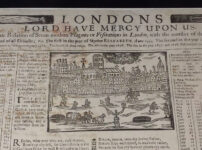 The year a quarter of London’s population died

The year of our Lord, 1665, and God's wrath smote the City of London laying waste to a quarter of its population for their sinful deeds.