A history of ice skating in London

As we approach the 150th anniversary of one of London’s worst ice-skating disasters, the Museum of London has looked back at the history of the recreational sport.

The display, Skating on Ice, looks at the seasonal pastime, which, in London at least, dates back to at least the 12th century. The first known account by William FitzStephen describes locals strapping animal bones to their feet to play on a patch of ice at Moorfields in 1173. 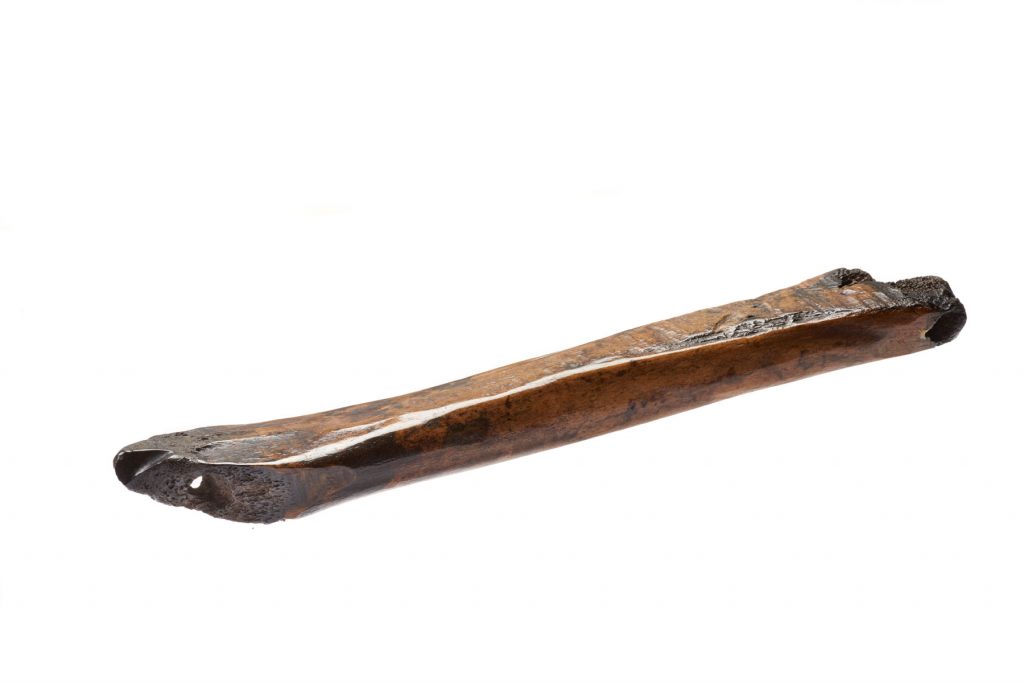 Over the subsequent centuries, the display looks at how skating on London’s frozen lakes and ponds became an annual, if sometimes dangerous, winter tradition.

The most popular lake during the 19th century was the Serpentine in Hyde Park, attracting up to 10,000 skaters each day. An 1839 oil painting from the museum’s collection by J. Baber depicts a typically festive scene from these times, with stalls hiring out skates and selling food and drink, as well as ‘Icemen’ on standby to rescue skaters when accidents occurred. 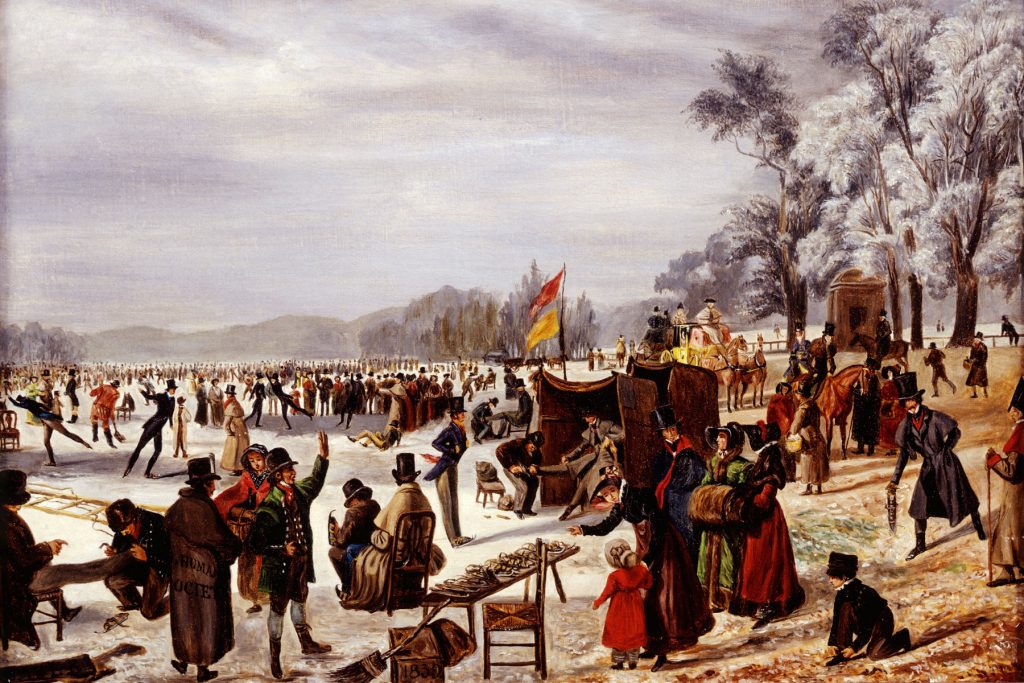 One such tragedy happened in Regent’s Park on 15 January 1867, when around 500 people were enjoying an afternoon of skating on the frozen ornamental pond. The ice suddenly shattered and scores of skaters disappeared into the waters below. Sketches on display from the Illustrated London News in 1867 show the rescue operation to recover the 40 bodies of those who had drowned, the majority of whom were young men in their teens and early twenties. 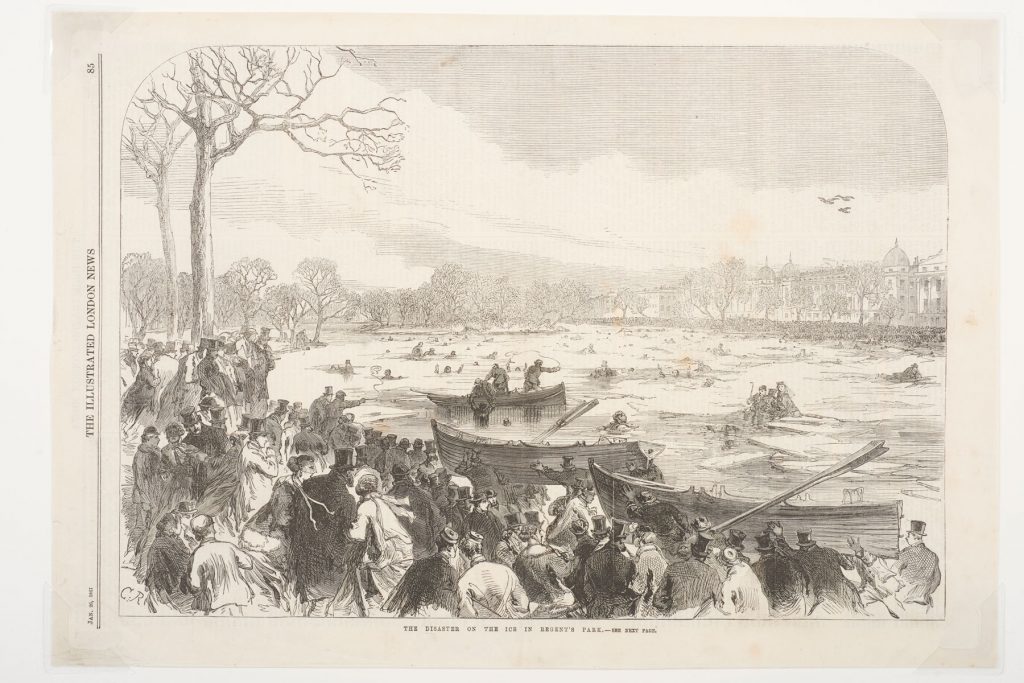 From the 1920s until the Second World War, the number of indoor and man-made rinks then rose dramatically, including a temporary ice rink installed on the roof of Selfridge’s in 1924.

One of London’s largest lost ice-rinks is in the basement of the Grosvenor House Hotel on Park Lane. Now a large room for awards ceremonies and corporate events, the ice rink still lies unused under the floor. 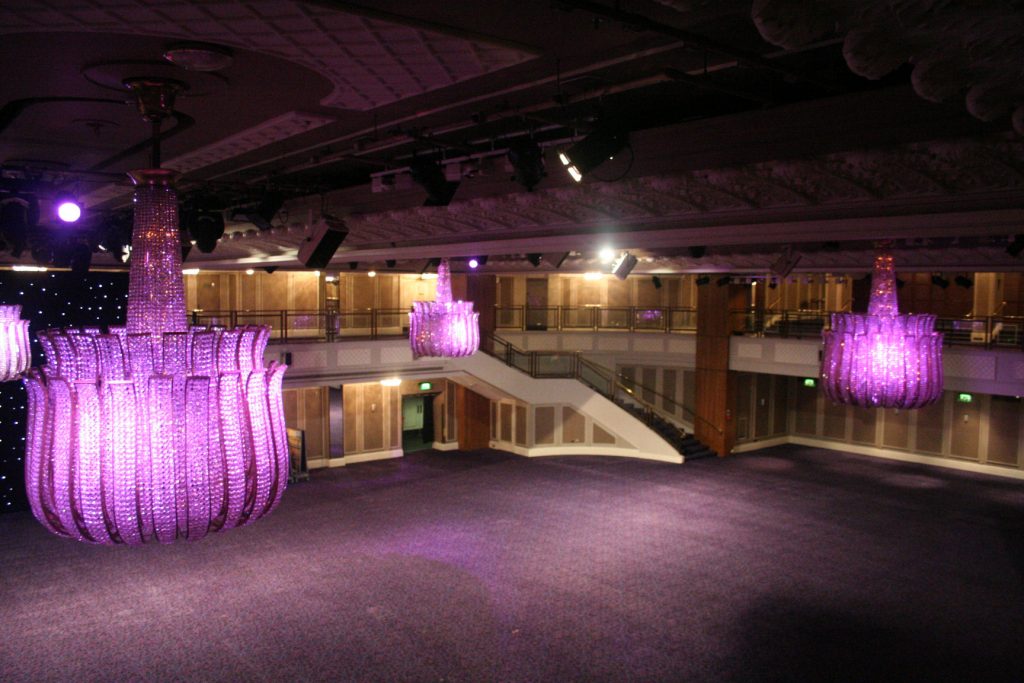 The enduring popularity of the sport can be seen by the evolution of the ice skates on display; a pair of flattened and polished post-medieval animal bone skates, a pair of Victorian racing skates known as Fen Runners, a pair of women’s ankle boots from the early 1900s said to be convertible for ice skating, and a pair of ice skates from the late 1930s used almost weekly by Londoner Christina Greenberry at Streatham Ice Arena.

The free display is open until 8th February 2017.