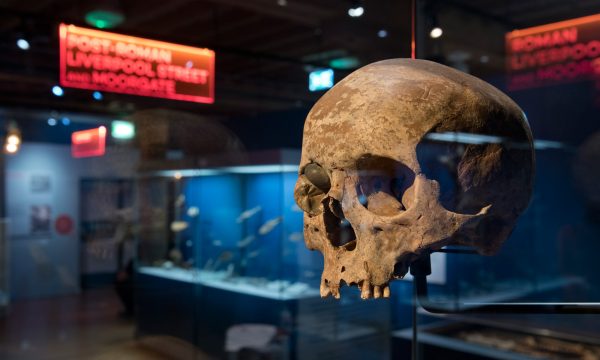 Within sight of the future Elizabeth line station where the jawbone of a woolly mammoth was discovered, the exhibition offers a train journey along the Crossrail route showing off the objects dug up during construction work.

Most of Crossrail runs through clays that were deposited millions of years old, so the human activity layer is in the top few metres, but wherever Crossrail needed a station or a ventilation shaft, the archeologists were given a look as well. 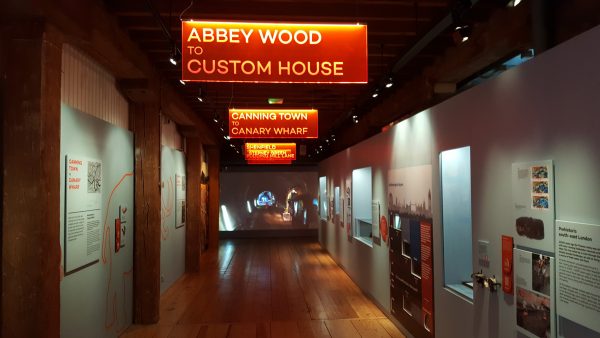 London is as broad as its history is deep. On the edges when all was fields until last week, they’ve uncovered undisturbed evidence of animals living in England when it was warmer and dryer. Meanwhile in the centre, remains from Roman times onwards have been uncovered, including most famously, plague pits.

Starting a journey through the exhibition as many tunnel workers would enter start their day, passing a statue of Saint Barbara, patron saint of tunnellers, the display is laid out based on locations where objects were found along the Crossrail route. 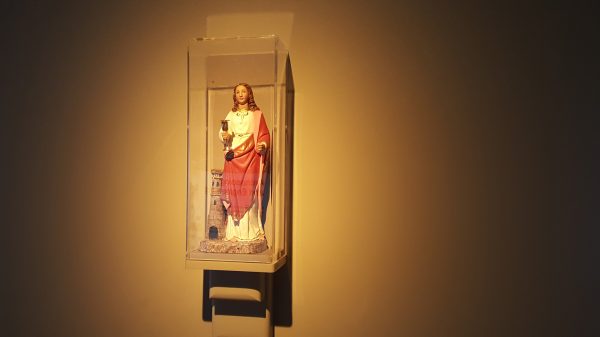 Alongside the objects, what has emerged though are the stories.

Recently the publication of details about the marmalade and jam pots found under the old Astoria were newsworthy. The discovery of a china plate lain on top of a skeleton is fascinating though, as it may have been filled with salt, an rare but not unknown treatment to scare away the devil in death. 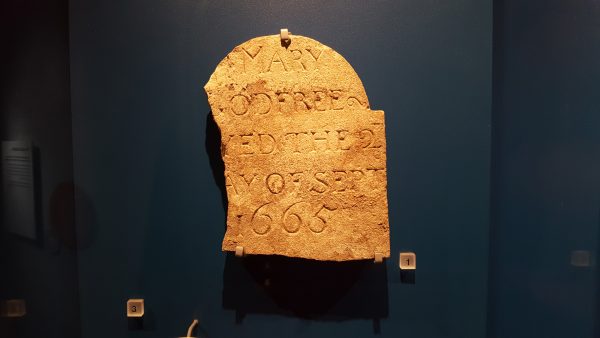 Three skeletons have been put on display — a lady who may have been decapitated, and two plague victims. The plague skeletons are not needed to be kept in medically secured glass cases though as the infection is no longer alive inside the bones of the person they once killed. 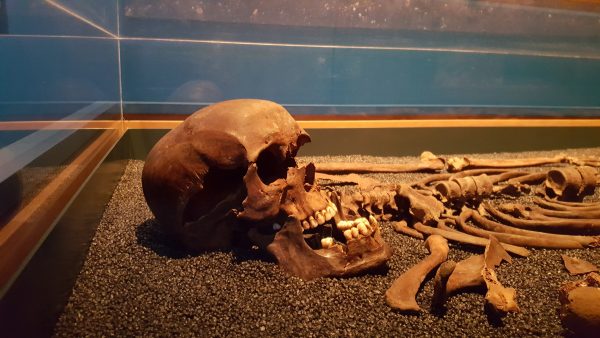 Memories of the disaster of HMS Albion are touched upon as Crossrail uncovered the ship building site, and possibly by coincidence, a glass bottle from the unrelated Albion pub is nearby.

Look out for the “roman coin”, that’s actually a shockingly rare medallion of the Emperor Philip I from AD245, and only the second of its type to have been found anywhere in Europe.

The cesspit of broken crockery, found near to the cemetery managed by the people who dumped their crockery in the cesspit. 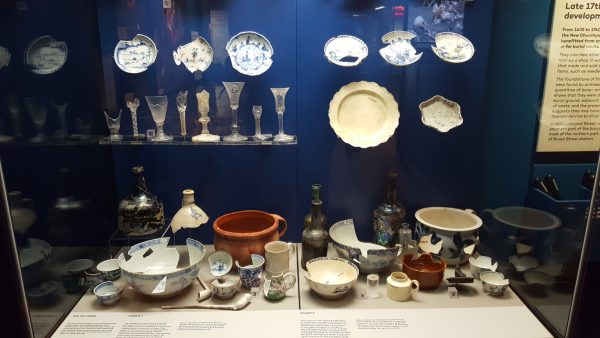 It’s often the questions that remain unanswered that are the most interesting. Quite why there are so many Roman hipposandles (horseshoes) just outside Liverpool Street is unknown. It’s the largest such cluster ever found. But why they’re there remains a mystery. 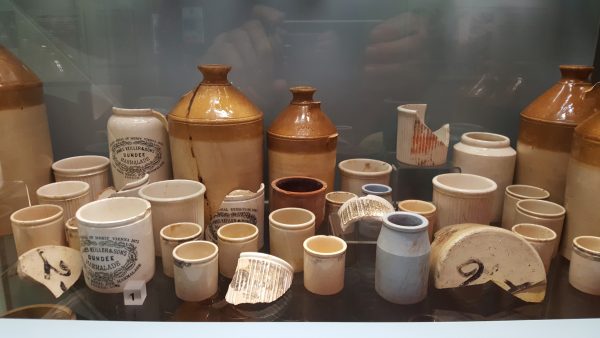 In all, some 500 objects are on display, from the jaws of tiny house mice to giant lengths of iron chain, amongst explanations of the engineering of Crossrail which made their recovery possible.

Some of them are outside the glass cases, allowing you to touch history. 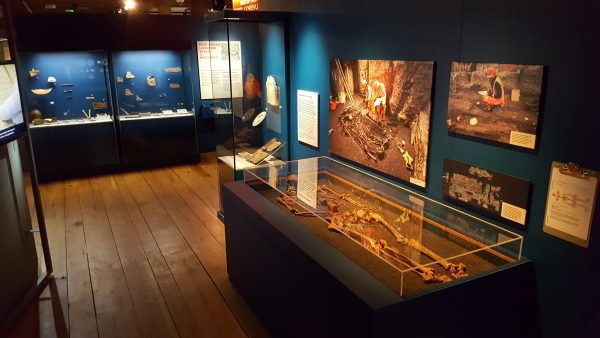 There are few building projects that can span to many sites and so wide a range of histories as railways can, with their long snaking arms reaching through urban and rural landscapes.

Fans of historical discoveries should be hoping that Crossrail 2 comes along, not only do commuters need it, but archeologists will relish what it in turn uncovers.

The exhibition, Tunnel: The Archaeology of Crossrail is free to visit, and open until 3rd September at the Museum of London Docklands.