Commemoration of the Unknown Warrior at Victoria Station

Yesterday evening, Victoria railway station saw a commemoration to the Unknown Warrior, whose body rested overnight in the station in 1920 prior to burial in Westminster Abbey. 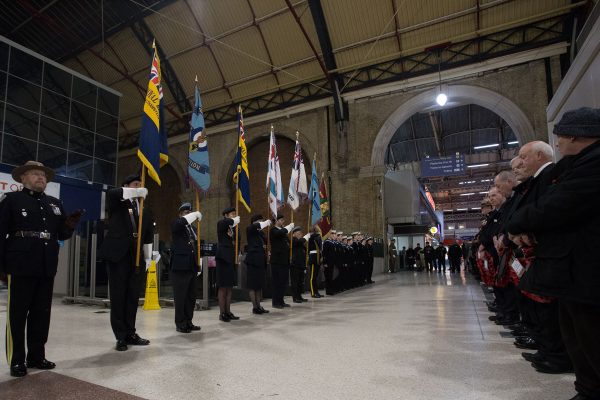 Although the nation focuses on the events at the Cenotaph, and at local memorials on Sunday, representatives from the Western Front Association hold their own ceremony on the eve of the burial.

The body of the Unknown Warrior was brought from France to the UK by boat and train in 1920, arriving at London Victoria’s Platform 8 on the evening of November 10. 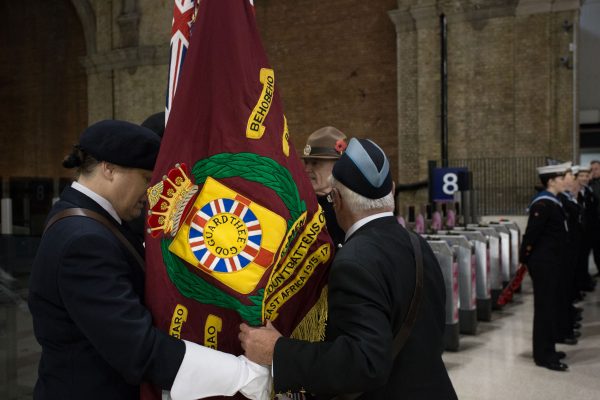 As the correspondent of The Times put it, “the carriage, with its small shunting engine, came in very slowly. The few civilians who awaited its coming on the platform took off their hats. Officers and the Grenadier Guardsmen drawn up at the end of the platforms saluted. There was great silence…. One heard a smothered sound of weeping. The smoke in the roof bellied and eddied around the arc lamps. The funeral carriage stopped at last.”

The coffin remained in the van at the station for the night, watched over by Grenadier Guards, and the following morning, was taken to Westminster Abbey. 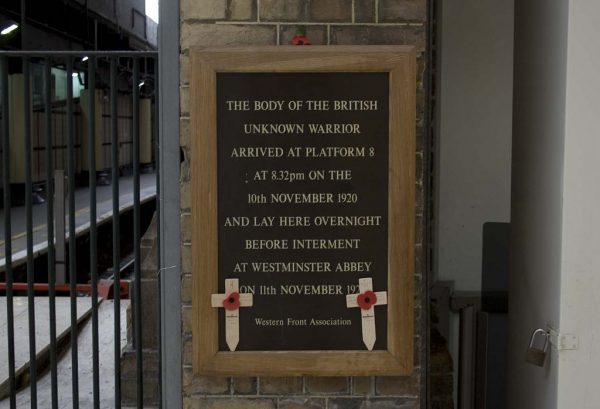 It was originally, if rather less so these days, two one minute silences in succession. The first minute is in thanksgiving for those that survived and the second is to remember the fallen.