See the oldest portrait in the British Museum

At around 9,500 years old, a plaster covered human skull is the oldest portrait in the British Museum, and it’s currently on display. 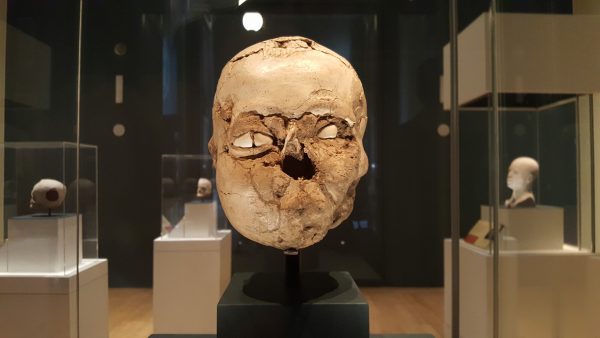 Uncovered in 1953 during excavations led by Kathleen Kenyon, the Jericho Skull is one of seven that were discovered, and one was donated to the British Museum the following year.

Long recognised as an exceptional find, studies have been restricted to the surface, as to see underneath would have meant damaging the historic item. It’s only in recent years that scanning technologies have reached the point where they can reveal what lies beneath the clay face. 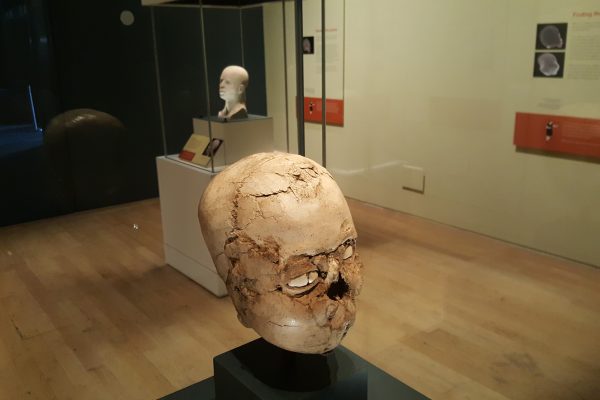 What is shown is that the person, probably a man who “donated” their head to the artist may have been fairly important, having had a deliberately deformed skull carried out during childhood.

The nose bones showed signs of having been broken, and healed, during his life. The skulls also showed signs of regular handing, so may have been shared by the community as votive objects.

The scans have also been turned into 3D models, which are on display alongside the original Jericho Skull, and a modern recreation of what the person might have looked like while alive. 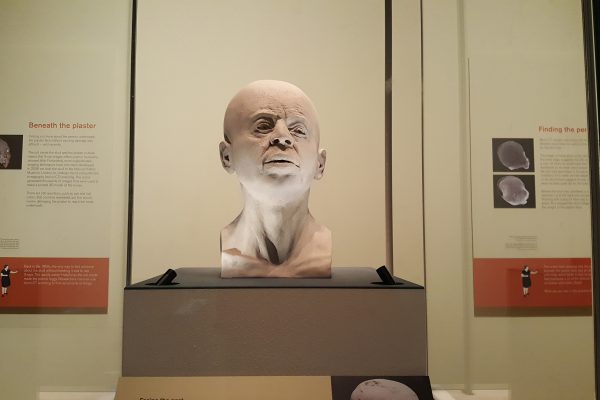 There are still questions about the hair and eye colours, which may be contained within the plaster mask, but to find out would mean damaging the skull.

So the skull will forever retain an air of mystery.

You can meet the Jericho Skull in the side room next to the main entrance in the British Museum, and is open until 19th February.