Researchers have found records to suggest that over 500 Barnardo’s children were buried here in unmarked graves between 1876 and 1924, along with three of Dr Barnardo’s own children also interred in the cemetery.

Although the children were given decent burials, the charity didn’t have funds to spare on gravestones for the dead, being more worried about the living who needed its scarce funding.

Nearly 100 years after the practice ended, a monument to them has been created, by master carver Tom Nicholls, who previously worked on the Queen’s Jubilee barge. 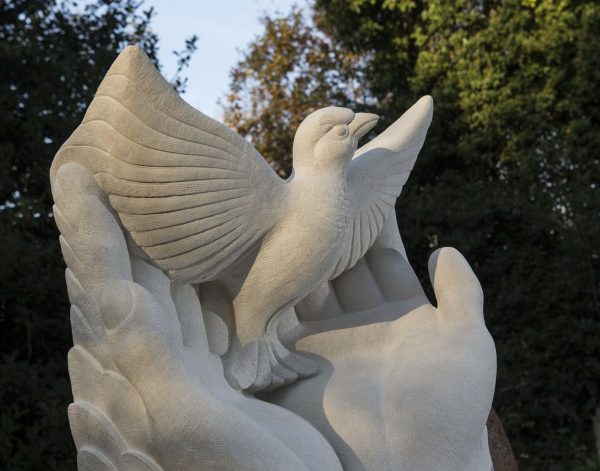 The monument is called “sparrow”, and represents two hands releasing a symbolic cockney sparrow into flight which are there to represent the strength and caring nature of the Barnardo’s charity. The open hands encourage the Sparrow to free itself and take to the sky.

The sparrow is a metaphor for the children of the east end whom Barnardo’ enabled to fly free out into the world.

Money for the £10,000 sculpture was raised single-handedly by Jean Clark, a former Barnardo’s resident who now lives in Birmingham, and it was unveiled by Jean Clarke and David Barnardo , who is the great nephew of the charity founder Dr Thomas Barnardo. 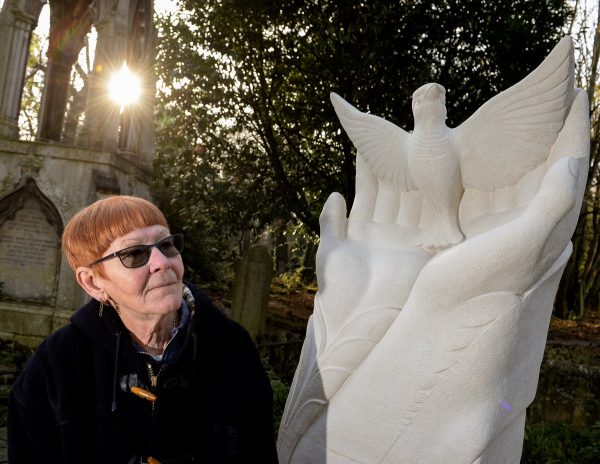