The Festival of Britain’s Message to the Moon

There are a good many photos of the Festival of Britain, but curiously, few show one of its more exciting, if flawed ideas — a radio telescope beaming messages to the moon from the centre of London.

It was hardly a Jodrell Bank sized affair, being more of a very large satellite dish, but at a time that such things were close to being science-fiction, it was expected to be an amazing exhibit.

What was to make it such an exciting exhibit, a true marvel of the age, a celebration of British technology is what it would do during the exhibition.

People would be able to go into the Dome of Discovery, press a button and send a radio ping to the moon, and then watch on a modern cathode ray tube as the same radio signal bounced back to the radio dish just over 2 seconds later.

Visitors could touch the moon!

Long before anyone had thought of flying to the moon (at least, outside novels), this was an incredibly exciting idea, a real demonstration of how radar could reach to other worlds beyond the reach of earthbound humans. 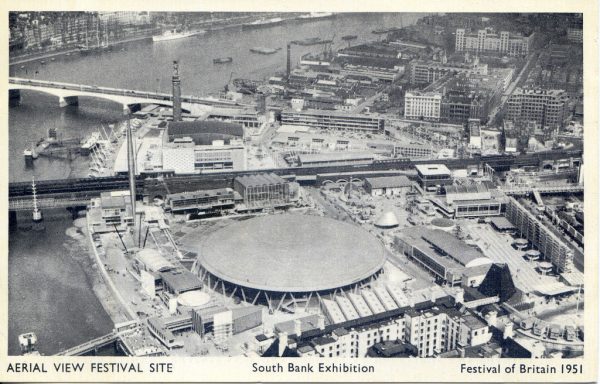 Sadly, it was not to be.

The radio dish needed a location that could see as much of the horizon as possible, so the nearby shot-tower was used. The shot-tower was a relic of only recently ended method of constructing round bullets — molten lead would be hoisted high up a tall tower, then poured through a mesh. As it fell to a water bowl at the bottom, the molten lead formed into spheres, perfect for firing from guns.

While much of the land was cleared of its old industrial heritage for the Festival of Britain, the shot-tower was kept, to house the radio dish. This was to be mounted on an old military anti-aircraft gun, so that it could be rotated around to stay pointing at the moon. 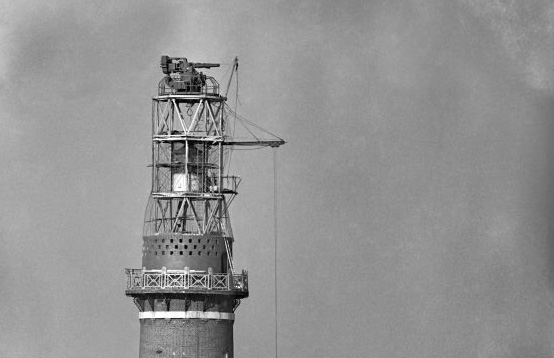 During the work to hoist the anti-aircraft gun up the tower, the ropes broke and it fell to the ground, but was later repaired and elevated correctly. Leland Instruments were commissioned to build the radio dish itself.

However, by April 1951, just as the Festival was due to open, it was decided that the radio dish would no longer be used to send a signal to the moon, but would still be used to receive signals for “outer space”.

It was reported in The Times (10th April 1951) that the plans had changed due to “defence requirements”, and that the dish would be used to scan for radio signals from the Sun and other stars. 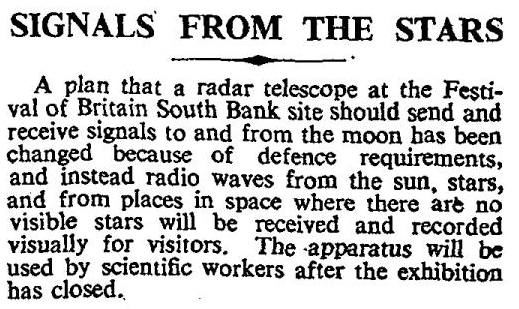 The Festival opened on 4th May 1951, but even then attempts to receive radio signals from the Sun were being interfered with by aircraft over London.

They eventually managed to get a signal from the Sun on 23rd May, and that seems to be the one and only time that the demonstration was a success.

Hence, most photos and drawings of the Festival site on the SouthBank show the exhibitions and the Skylon, very few ever show the radio dish sitting on top of the old shot-tower.

It’s odd that it has so little recognition, for while technically a failure, most visitors would have been oblivious to that and simply seen it as yet another technical curiosity showing off some sort of cleverness that the Brits had invented.

After the exhibition, the dish was taken down and removed to Jodrell Bank, where eventually it was used — ironically — to receive signals from the Moon.

The shot tower was demolished, and its foundations lie underneath the Queen Elizabeth Hall.