An update on the latest Northern line extension construction works

Works on the Northern line extension towards Battersea has seen a number of milestones over the past couple of months.

Most notable was the new connections added over the Christmas break linking the old and new tunnels, but works have been progressing at speed elsewhere along the extension as well. 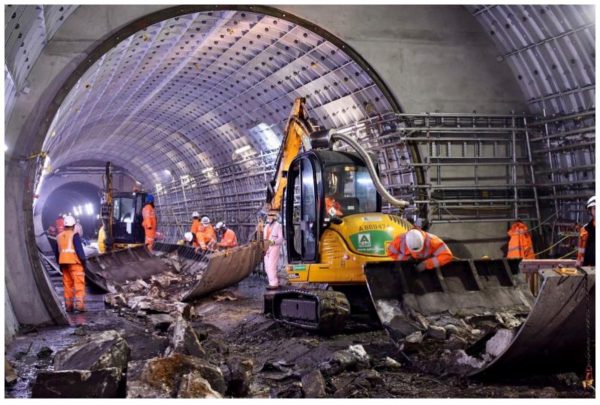 At Battersea Power Station station, they’ve completed the primary works (installation of structural beams) at basement level -2 in the station box area, which will be the future ticket hall. All excavation works in the station box have been completed and they are three quarters of the way through the base slab construction. 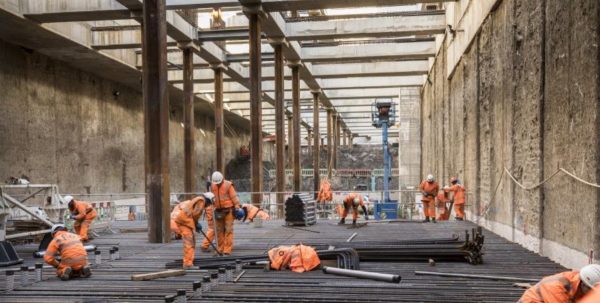 Following the completion of tunnelling and the dismantling process of the tunnel boring machines (TBM’s), the tunnel engineers handed the cross over box back to the station team. Construction has now recommenced which consists of installing the permanent columns, beams and concrete slabs that will eventually turn the box into a water tight structure. 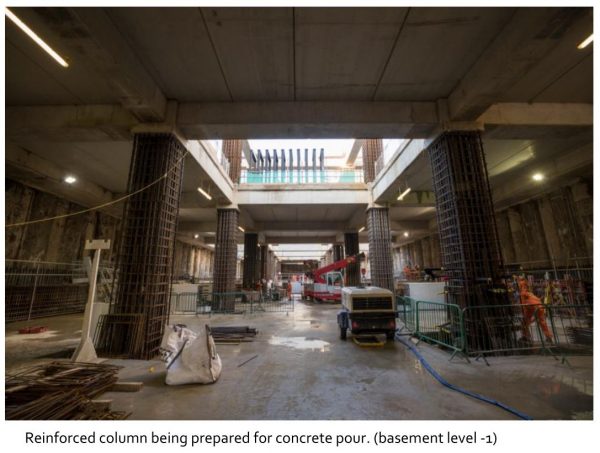 Excavation works from basement level -2 to -4 are underway. The basement level -4 will form the track level for the final station. As part of the excavation works to build the track level, the demolition of both the sacrificial tunnels that run through the station will be undertaken. These tunnels were built temporarily to allow the tunnel boring machines (TBM’s) to safely pass through the operational site. 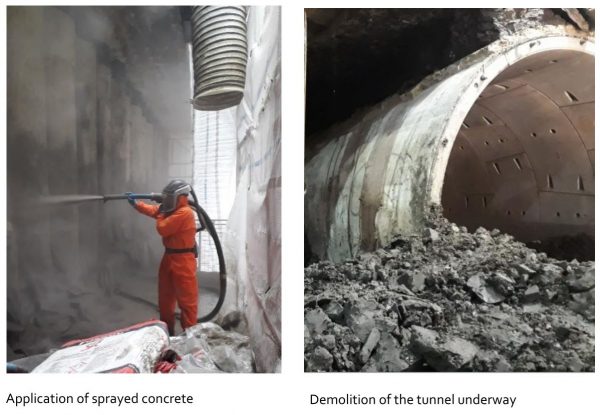 In the tunnels, over the next couple of months, they continue with the installation of secondary lining within the launch tunnels. This activity involves fitting a waterproof membrane to the tunnel walls which is then coated with a second layer of concrete, sealing the tunnel from potential water intrusion.

Deeper into the tunnels, over the next few months, they will be hand-digging cross-passage tunnels along the length of the extension, to provide emergency route and fire escape, should it ever be needed.