This is a new linear pocket park in central London that was until a few months ago an unremarkable road used mainly for parking and deliveries.

At the top of Tottenham Court Road this most appropriately named alley was until recently home to the government's private art collection.

Have you met Heal’s bronze cat?

Sitting elegantly on a spiral staircase is a shop mascot, a famous cat that once turned the head of Dodie Smith, author of 101 Dalmatians. 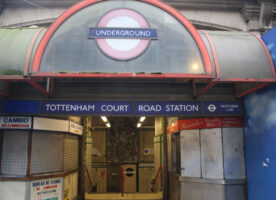 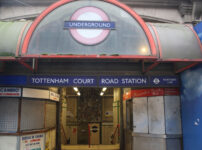 The 200th Anniversary of the London Underground

January 2063, and the God Emperor of the Known Londonverse descends into Tottenham Court Road tube station to unlock a box.

A brutal beauty next to Tottenham Court Road

Just around the corner from Tottenham Court Road sits one of London's great unmarked pieces of architecture. A building, like so many of its era looks a bit tired and shabby now, but will reward the viewer who stands back to admire the whole.

Crossrail have released a few photos of the construction work being carried out at Tottenham Court Road at what is primarily a London Underground upgrade site, with a box on the corner for passengers to descend to the Crossrail tunnels below.

As noticed by several people this week – after planning permission was granted – an incredibly useful side-street by Tottenham Court Road is due to get revamped. Not so that pedestrians wisely using it to bypass the congestion at the…

A gallery of Political Cartoons

I wandered along to the Political Cartoon Gallery – which is just off Tottenham Court Road – on Saturday for a look at an exhibition which was due to finish that day. I was actually planning to go there the… 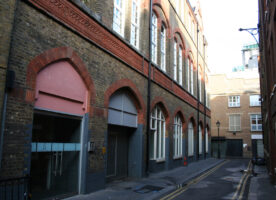 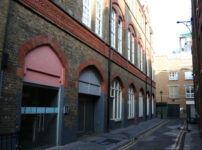