A gallery of Political Cartoons

I wandered along to the Political Cartoon Gallery – which is just off Tottenham Court Road – on Saturday for a look at an exhibition which was due to finish that day. I was actually planning to go there the previous week, but an email warned me that the owner was on holiday, so I had to pop along on the last day of the show. 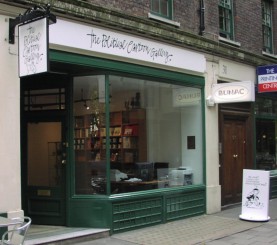 Alas, most of the exhibition, on the satirical cartoons of the Conservative Party had already been taken down, but all was not lost as a new exhibition on Gordon Brown as Prime Minister was just being laid out.

The gallery is quite small, and at the time of visiting, a bit messy, probably due to the changeover of the displays, so forgiveable – but they only ask for a single shiny pound coin to have a look, and as I was there for probably half an hour, it is pretty good value for money.

I am quite a fan of political cartoons, as I find that they often give you a more interesting take on how the media is thinking about a news story – in a way which is not always clear from the headlines which just reflect the story, and not the social impact of the issues.

I think a good example of this was on the day after the 9/11Â  attacks in New York – where the cartoons were particularly sombre, and conveyed a message of grief and sorrow which the news headlines – focusing on the facts of the events – failed to really deliver.

Another interesting aspect which made me ponder a while was one specific cartoon laying out the woes of the current government, and one of them was QinetiQ – a privatisation scandal, which occurred so long ago that has I been asked, I would have presumed it was a Tory sell-off. Nope, it was actually an early sale by the current government.

Sometimes it really was difficult to tell the difference between the two main parties! 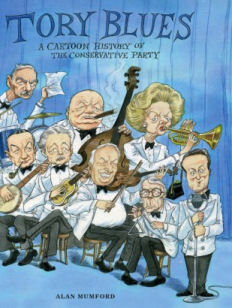 I also picked up a book accompanying the earlier Tory cartoons exhibition – which is only sold in the gallery, along with a book which covers how the media have covered the Labour Party in cartoon form. A book on the Liberal Party/LibDems is apparently being considered.

If you liked Spitting Image, then you’ll enjoy visiting this gallery.

I was with a couple of friends (several others didn’t turn up – glares!), and I took them to the nearby Building Center which they had never been to, and we spent a while gazing at the huge 3D map of London – and doing the usual thing of pointing out all the bits we could recognise.