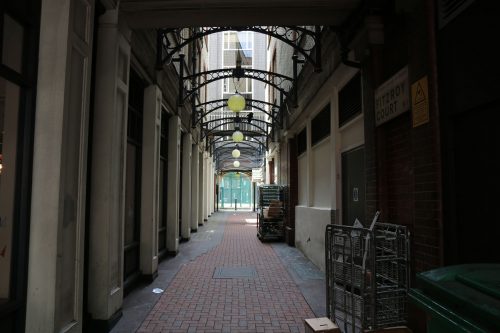 Alleys often have historical links, and this is no exception, showing up on old maps dating back to at least the early 18th century, although with a different name.

The alley was originally known as Holbrook Buildings, but in 1875 the buildings may have been cleared and the modern Fitzroy Court built.

The court was probably named after the Fitzroy Market, which were a number of small and dark tenements in the area – it was their clearance that gave rise to the replacement building.

What makes the alley worth a quick detour though are the lights.

Held up by decorative beams, these are more substantial than most alleys would usually have, and could well date back to the time of its construction, when gas lighting might have been deployed.

Sadly, the entire area is covered in the most unpleasant of anti-pigeon netting, although as it is surrounded by food outlets, they are probably essential. 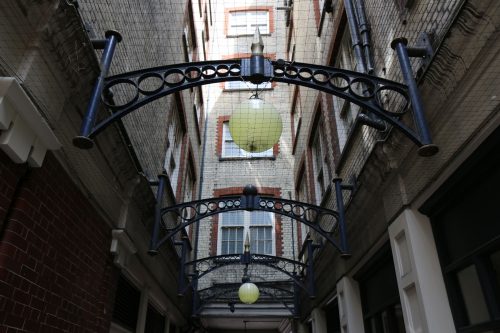 More curious though is this odd looking door and brick arches. Quite why it’s here is a mystery. 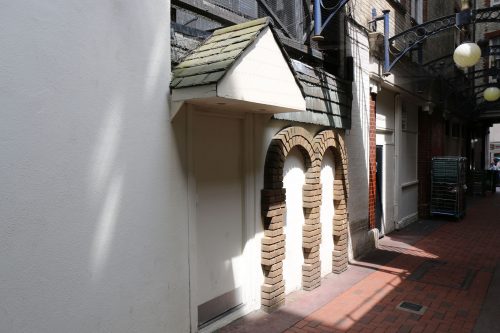