A surprisingly rich and cosmopolitan past has been revealed in East London’s Stepney as part of the archeology associated with the Crossrail project.

Although long known that something big stood on the site of what is today the Stepney City Farm, the full extent of what was known as King John’s Court was never fully appreciated.

Actually, what a lot of people think of as ancient ruins, which can still be seen in places, are quite modern. The ancient is underground, and as the site will be used as a ventilation shaft for the Elizabeth line, an opportunity was given to excavate the area. 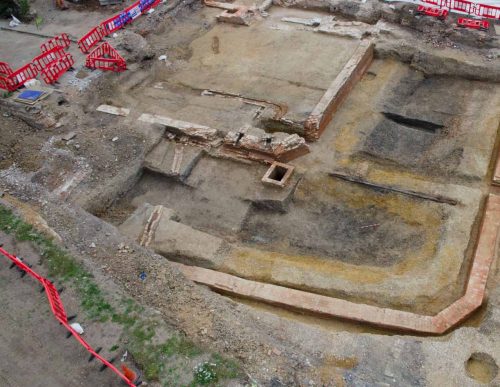 Although never associated with King John, and quite why it was called that is still a mystery, a large mansion house was known to have existed on the site, and was probably called Worcester House, after one of the owners.

It had a number of owners over the centuries, thanks to the vagaries of political and religious fortune — to be on the wrong side was to lose the house to someone on the other team.

Moated, probably for privacy than defense, the moat was at some point filled in and lost, but not before being filled in with the rubbish left from the household. A treasure trove now for archeologists to study.

A number of artifacts recovered by Museum of London Archeology excavators included a blue glass goblet with gold edging, probably from Italy, late medieval pottery, and even some Chinese porcelain.

During the 17th century the site was occupied by Puritans who were very close to Cromwell, but over time their fortunes faded, and by the 19th century, most of the house had been demolished, and the site was used for a college, and then later housing.

Heavily damaged during WW2, much of the site lay empty pending grandiose plans to rebuild the area along utopian ideals, which were in hindsight, fortunately never carried out — but the land was eventually given over to the city farm, who still occupy it today.

What look like remains of the old manor house are actually from the Baptist chapel that stood on the site following the demolition of the house. 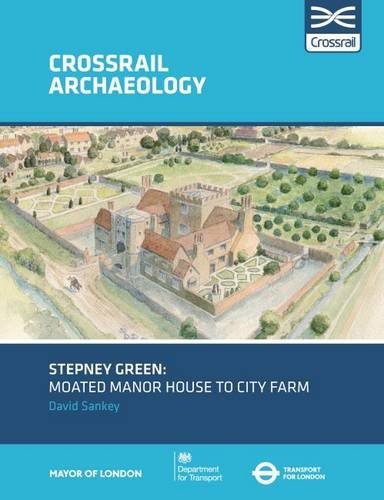 A book, one of ten planned by Crossrail goes into the history of the site, which is surprisingly complex and filled with the intrigue of the English Civil War and subsequent Restoration as political fortunes wavered.

The area, today seen as a rather cheaper part of London is revealed to have been a very upmarket area for nobles and the newly emerging merchant classes, and one of the cornerstones of religious uprisings.

Following the excavations, four tonnes of bricks from the manor were donated to English Heritage for use in restoring Britain’s Tudor manors and palaces.

“Stepney Green: Moated Manor house to City Farm” by David Sankey is published by MOLA and is available here.