This is Mile End Place, and is exceptionally easy to miss as the road leading to it is probably the least inviting sight you are likely to see in a long time. A ramshackle building forms a bridge over what would otherwise look like a goods entrance to the back of the shops. 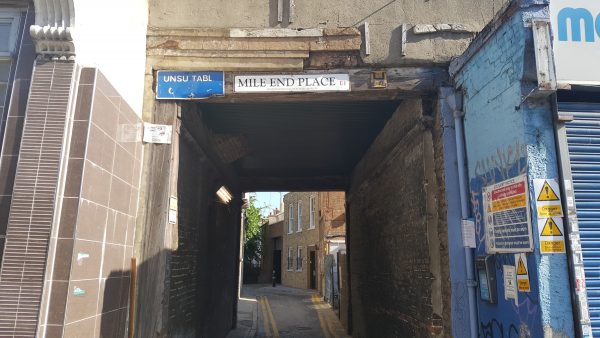 Head down here though, and it opens up into a bucolic delight, a small row of cottages with gardens overflowing onto the pavements. These 19th-century cottages were originally built as workers homes, for the nearby Charrington’s brewery, and some are still occupied by former Charrington’s pensioners. 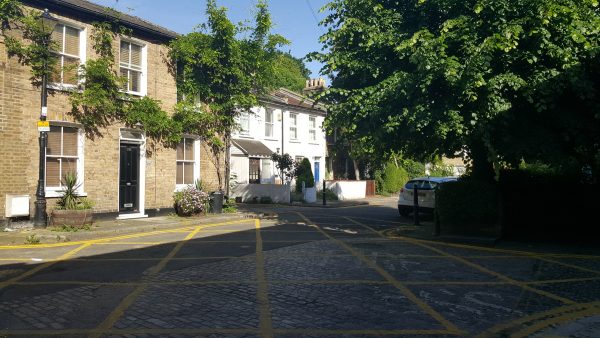 By all accounts, they’re quite small cottages, and those that are rented seem to go for a reasonable price, but how delightful to be so close to the main road, yet totally hidden away from it. 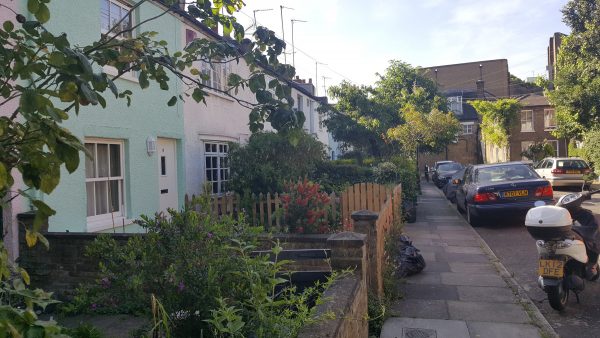 Surrounding this little mews like street though is death, three separate but all Jewish cemeteries from the time when the East End was more Jewish and Golders Green was more fields. The cemeteries are hidden behind high walls and closed doors, so unless you’re an inquisitive sort, it would be quite possible to live in the area all your life and never know that a large chunk of land is given over to wildlife — a rare haven in these parts.

It’s not just a hidden cemetery, but also the oldest Jewish cemetery in Britain, purchased in 1657 after Oliver Cromwell permitted Jews to return to England 267 years after they were expelled by Edward I.

If you want to go inside, go a couple of doors along Mile End road, and there’s a former Sephardi hospital, and a sign indicating who to contact for access. 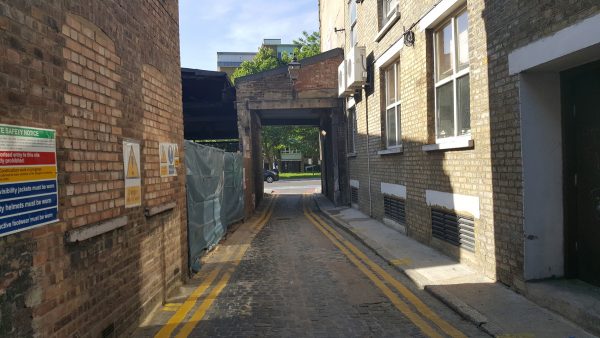 As you head out of Mile End Place though, do look up at the archway, as there’s a rather charming old style lamp still clinging on to existence.