The Nature Study Museum, near Shadwell DLR station was very notable when it opened as it was the first in London to feature live exhibits to show to local residents who might not otherwise see living exotic animals and was also the first to have its running costs funded from taxpayer rates. 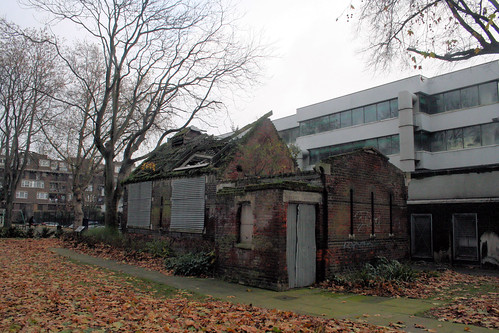 The building as you can see is now in rather a forlorn state, but was originally the the disused parish mortuary building, and in 1904 it was converted into the small nature museum, with the £253 conversion cost donated by an anonymous benefactor.

The collection — which developed from the Toynbee Hall collection — received on transference to its new home some valuable additions, including rare specimens from New Zealand which had been presented to Queen Mary, then Duchess of York, when she visited that country.

In addition to the live animals, there were also a large number of stuffed animals, as would have been deemed sensible at the time – although if the living animals could have talked, I wonder what they would have said about living in, what they might have felt to be rather macabre surroundings?

Although small, the museum received support from many notable figures, including Lord Avebury, who was one of many eminent men who delighted to go down to Whitechapel to lecture to the school children.

In addition to the building, a large area in the park it sits in was also given over to exhibits, with bee hives, specialist plants and an aviary. The bee hive apparently became quite famous and its honey was a popular item sold by the museum.

It’s said that upwards of a 1,000 children would visit this tiny little museum each day during the summer months, which has to be a sort of sad tribute to its uniqueness at a time when such nature displays were scarce. 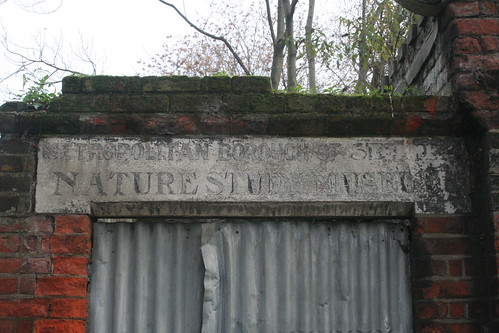 The evacuation of children during World War Two doomed the museum, and it never re-opened when the war ended. The building has been left to slowly rot down over the years and now with its metal sheeting and municipal barriers, it has a rather abandoned feel to it.

There are attempts to restore it – but even if they can’t make use of the building, it would be nice to see all the metal covers stripped off and the shell of the building cleaned up for children visiting the park to play in.

Then the building might once again regain part of its earlier use – to entertain children. 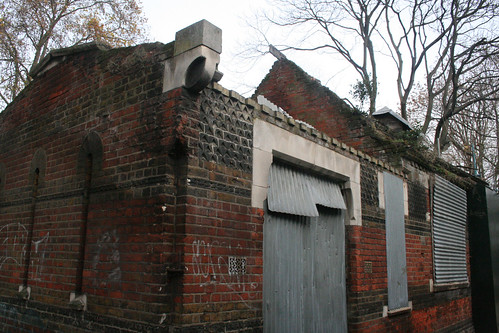 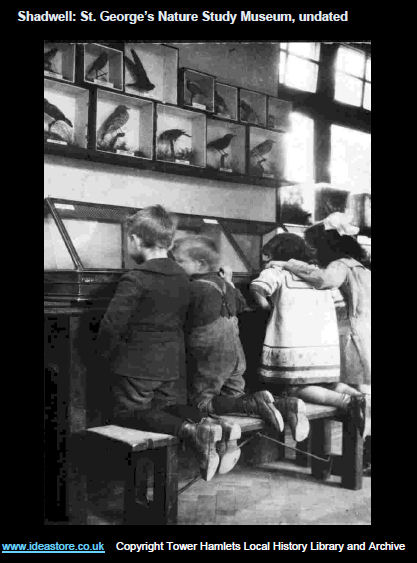