Apart from some big holes in the ground for future train stations, Crossrail also needs to dig a number of access shafts along the length of the future tunnels – and one of the largest of them can be found in Stepney. Next to a city farm. 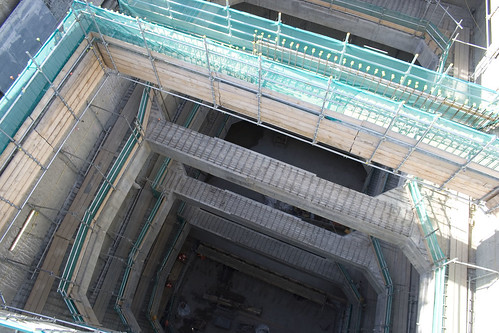 The location is a key one for Crossrail, because it is where the line under London splits into two lines running north and south of the river, and where two huge underground “caverns” are shortly to be constructed.

As construction of those caverns is about to start, this was a good chance to get down into the box and have a look at it while still fairly clean before they start digging works again.

A bit of context.

As mentioned this site sits next to the Stepney City Farm, and actually took over a chunk of its former allotments space, is also hemmed in by a football pitch on the other side, and access to the building site is constrained by a lot of narrow streets and the local school.

For such a large hole in the ground, it is not an ideal construction site.

The shape of the box is also not ideal. When digging a hole in the ground a nice circular hole is best as the shape is inherently strong, so you don’t need too much extra reinforcing. This hole is a 6 story deep rectangular box, and needs a lot of cross bracing to stop the sides collapsing in on itself.

The concrete walls are built to the sort of strength you would find in a nuclear power plant.

Some 31,000 cubic-metres of soil was removed from the site, all by lorry around to a rail depot where it was then taken to the Thames and onto barges down to Wallasea Island. The lorries incidentally were barred from the roads during the opening/closing times for the local school. Other mitigation measures included extra glazing for the windows in some of the residential houses.

As Crossrail took over a chunk of the City Farm land, albeit temporarily, they have also built a replacement barn for the farm animals, and are assisting with smaller projects, such as building more hand-washing facilities around the farm.

The box though is not just an access facility to get down to the caverns, it is so large because it will be a permanent feature of the Crossrail network. Situated roughly half way between Whitechappel and Canary Wharf stations, the box will be in-filled later with plant and machinery for the railway, along with ventilation and an emergency exit should something icky happen down below. 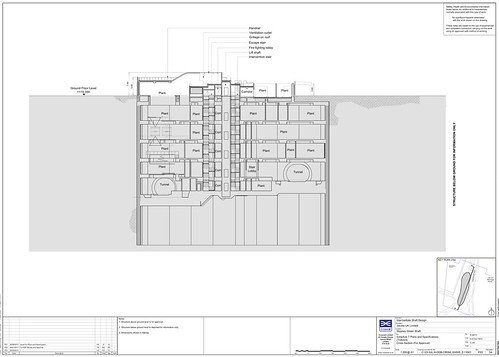 A surface building will remain, although it wont take over the whole site, and the rest will be handed back to the City Farm. 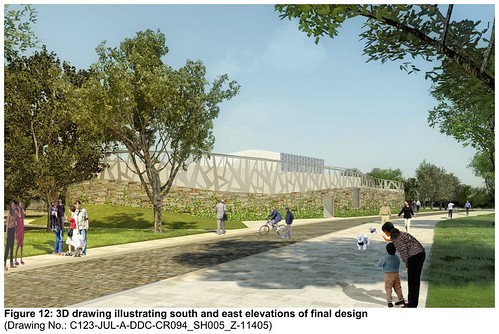 Down at the bottom of the box, two large caverns will be dug out by hand – well, by hand using mechanical machines. Apart from the main running tunnels which are dug by the high profile Tunnel Boring Machines, most of the side passages and access tunnels are still dug by hand. 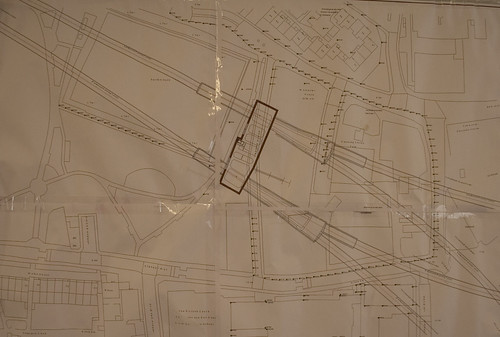 Very technically, there will be four caverns, as two more smaller ones will be dug on the other side of the box, as it isn’t possible for the TBM’s to enter the box and drill straight through the other side. The total length of the caverns, including the box width will be 120 metres.

Due to the width of the caverns, construction will also involve the use of “sidewall drift” – a technique that splits the tunnel into – eventually four – smaller tunnels dug side by side, then joined up afterwards. That is needed so that the intermediate walls continue to support the ceiling during tunneling. Once the outer lining is complete, then the inner supporting walls can be removed.

Onto the site visit.

Compared to many Crossrail sites, this is a very cramped worksite, with the rectangular box taking up about a third of the overall site. In preparation for the cavern construction works, the spray-concrete facilities have just been installed, and as such things require 24/7 construction, so are a load of new portacabins for the workers.

Dotted around the site are some 45 dewatering wells – which are 50 metre deep pipes in the ground sucking out water so that the ground below is dry enough to tunnel through without needing loads of pumps down there. 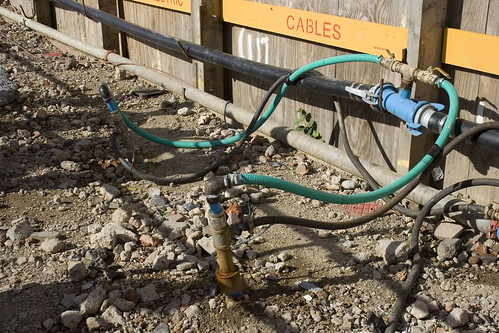 As at other sites, the easiest way down into a deep hole is a bucket on the end of a crane, albeit a big metal bucket designed for the purpose. 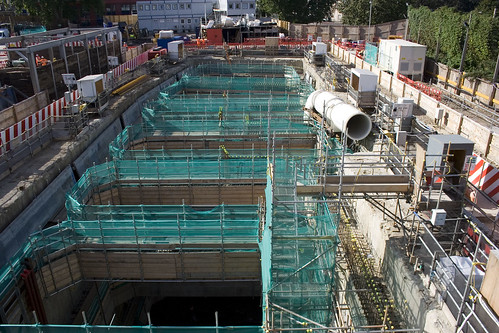 A trip over the site by the gantry crane offered chances to lean slightly over the edge and look down to the bottom of the box. 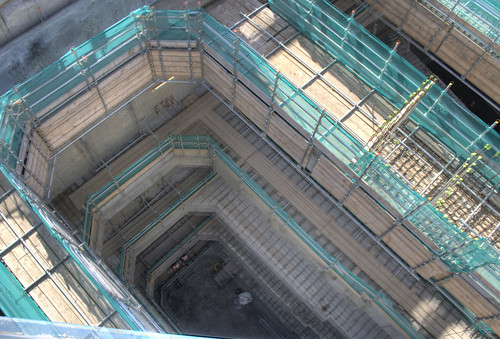 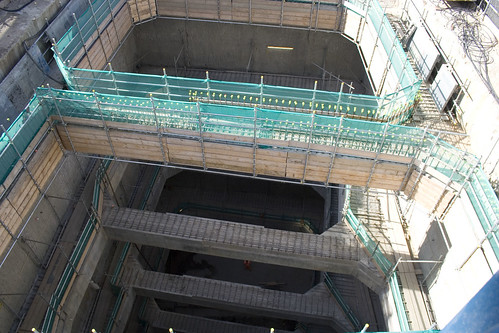 And down the southern end of the box. Despite the massive concrete reinforcing, they have still had to add a further 500 tonnes of temporary steel props to offer additional strength when the caverns are dug out.

You can just about see the huge steel pipes at the end of the box in the photo below. 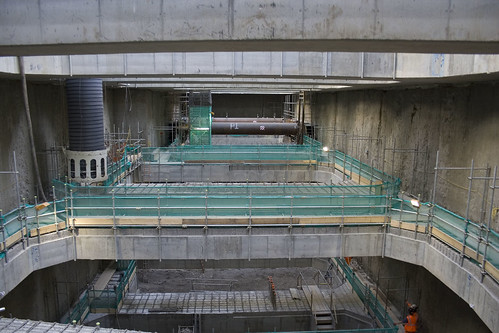 The day before our visit, the last of the crossbraces had been formed, and they were removing the support structures. They still need to dig down further though, as the tunnels will be at different heights to allow them to run under each other as they cross over to head north or south. 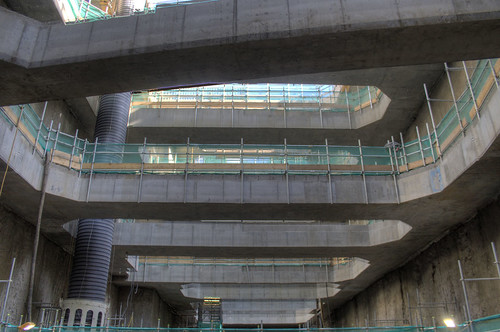 It wasn’t possible to get further along the box as staff were working on the site and it wouldn’t have been sensible to get in their way, but you can clearly see the scale and size of the construction effort that has gone on here – especially the cross-bracing.

The Sprayed Concrete Lining (SCL) cavern work is due to start in October.

When it is finished, this will be one of the few locations along the Crossrail tunnels where you can peer out of the train windows and see the monotonous grey concrete tunnels peel away to be replaced all too briefly by a vast dark expanse underground.

And now you’ll know why that dark void is there.

Thanks to Crossrail for the access to the site, and to and Stepney City Farm for the look around their new barn (and a chance to see a ferret wearing a hi-vis jacket).