LEGO model of a London square with a magical twist

Part of Claremont Square, a row of houses near King's Cross is now available as a LEGO kit, although mainly because it was used in the filming of a Harry Potter movie.

London Underground trains made from LEGO

Typical, you wait for ages, then three LEGO underground trains come along at once.

Stephenson’s Rocket made from LEGO

In this the 190th anniversary of the first passenger railway service*, and there's a proposal for a LEGO model of Stephenson's Rocket locomotive.

Make your own Modernist buildings from LEGO

Bored of being stuck at home? Own some LEGO? How about building some modernist buildings in your home?

The London Underground in LEGO?

Fancy assembling a tube station from LEGO bricks? If yes, then there may be a chance to do so if this proposal gets the go ahead.

If you fancy an architectural model of Trafalgar Square, made from LEGO, then you'll be able to have one in just a few weeks time.

See a century of Nordic design for children

Some of the 20th century’s most iconic and influential Nordic designs for children, from BRIO to LEGO, Marimekko and the Moomins have been brought together for the first time in a new exhibition at the Museum of Childhood. 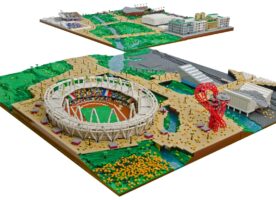 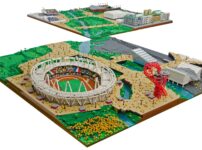 For a couple of weeks, there will be an exhibition of London-inspired models made from Lego -- on display in the Orbit observation thingy in the Olympic Park.

They seem to be announcing it rather early, but later this year will be a chance to see an awful lot of plastic bricks on Brick Lane in East London. 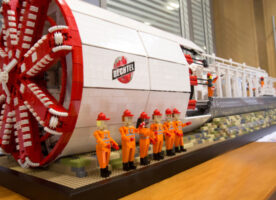 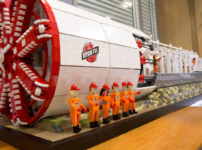 See a Crossrail tunnel boring machine made from Lego

There is a modern rule that any large engineering project has to involve Lego at some point, and Crossrail have finally complied with Regulation 17 subclause 13a of the Lego Engineering Act 2008. 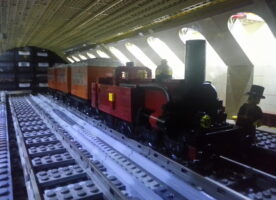 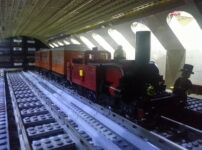 Baker Street Underground Station made out of Lego

To mark the 150th anniversary of the London Underground, what could be more fitting than to recreate the famous Baker Street Station from Lego? Well, lots of things probably, but this blog post is about Lego. 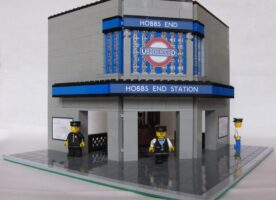 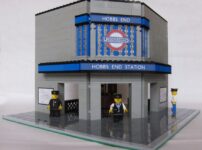 There is a person who makes tube stations out of Lego. Actually, there are probably quite a few such people, but I was drawn to this Charles Holden style London Underground Station made from Lego, which also included the iconic…