The London Underground geek talked at length about the tube map, the tube font and the tube’s heritage.

Then the Lego geek extolled the virtues of the plastic brick, and mock-up tube stations and the wide flat piece of plastic used for grass.

Five maps in fact, and each from a different period of the Underground’s history — and one showing its future.

The first map was ceremonially unveiled this morning, at King’s Cross St Pancras station by James, who happens to be the son of a Lego model building dad who works for London Underground. 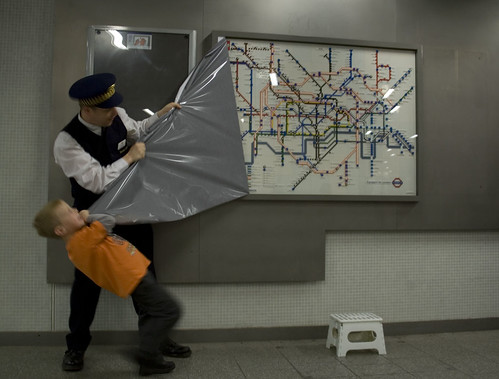 The other maps can be found in the ticket halls at

The LEGO maps will only be up for a few months – then they will be moved to the Transport Museum. 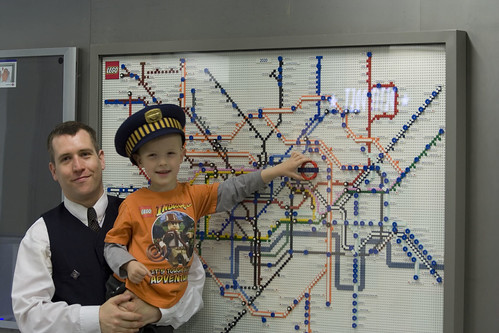 There is also a very old tube map on display at Temple station, and people occasionally get confused by it. Will be interesting to see if anyone at King’s Cross ignores the signs that this is “art” and try to find a Crossrail train?

The maps took four days to make, and were created by Duncan Titmarsh, who is also the UK’s only Certified LEGO Professional. 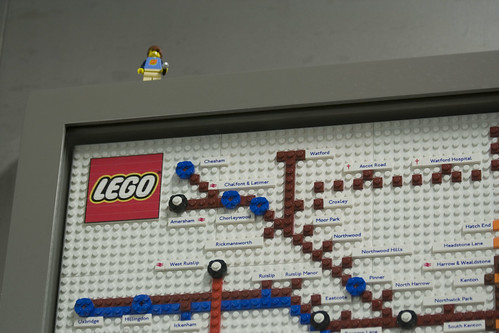 A certain London Blogger will be delighted by the lack of daggers on the Lego maps. 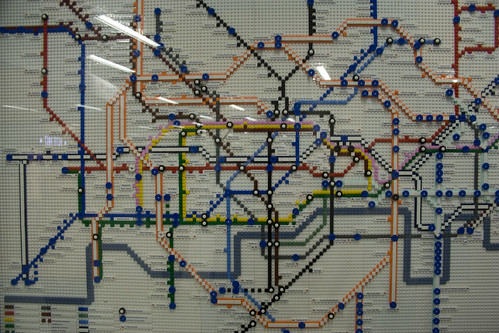