It’s part of a wider display about the engineering of bridges put on by the Institution of Civil Engineering. 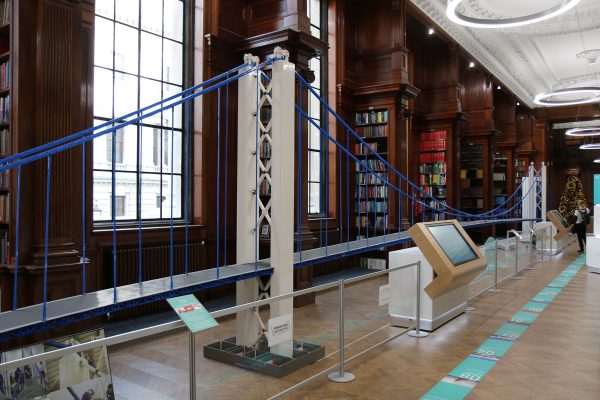 The bridge stands over three metres tall and spans more than 30 metres, which in the International Standard for Measuring Things is almost the length of three double-decker buses. Made of 262,550 lego bricks, it stands 3.2 metres high, and the widest span in the centre stretches for more than 16 metres.

The central span was the main challenge in engineering the bridge, which was built over a 3-month period in a gym. 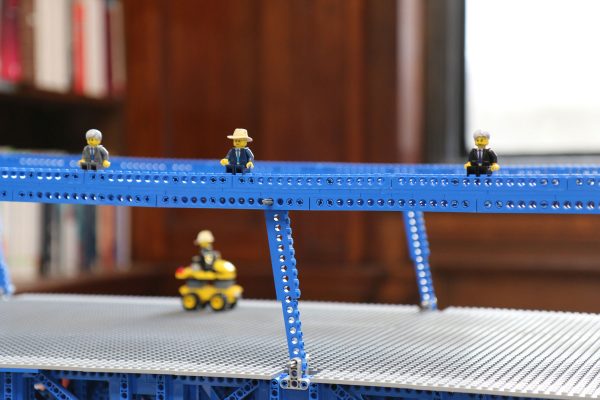 Built entirely from Lego bricks, it follows all the norms for engineering a huge suspension bridge, other than being strong enough to withstand the wind. And that failing is simply due to the need to use small bricks where long lengths would have been preferable.

The downside to its current location is that it is a bit squashed to fit into the ICE library space, so it’s possible to see the whole bridge, but I think it needs to be in a larger space, such as where it was built to really be able to stand back and admire the whole thing.

Once constructed, it exceeded the previous record holder (a German), which had a single span of 14 metres, so on display is the medal conferring a Guinness record. 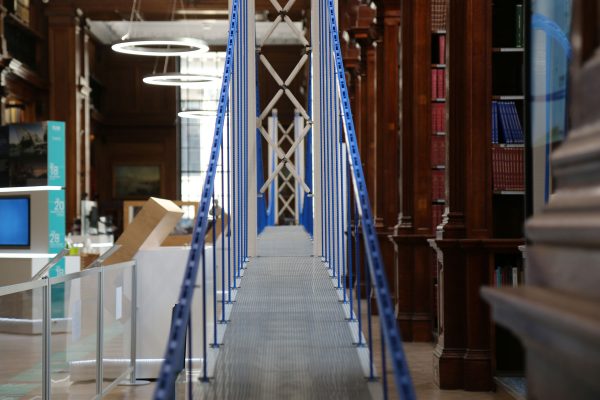 The Lego bridge is the centre piece to a wider exhibition about civil engineering and bridges in general, so there are a number of displays about some notable bridges from across the globe. 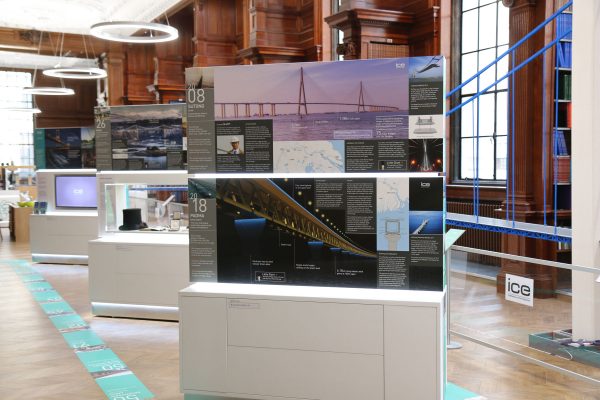 There’s also a Lego version of Tower Bridge, which was made from a commercially available kit. 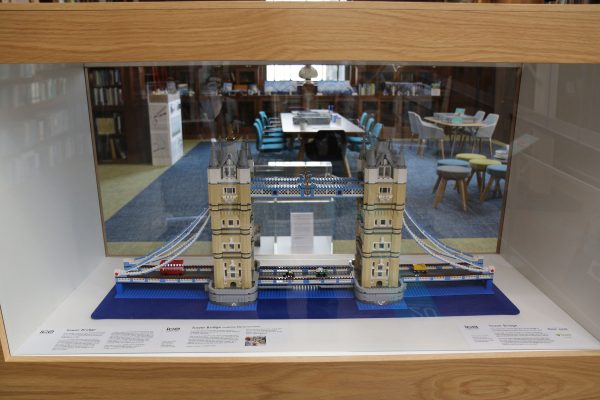 A lot of space is also given to a bridge of the future — the proposed bascule bridge linking Canary Wharf to Rotherhithe. If built, it’ll be the largest such bridge in the world, and the design is a considerable improvement on the early loathsome concept.

I still think a tunnel might be a better idea here though.

The Bridge Engineering exhibition runs until April 2017 at the ICE, 1 Great George Street, London, SW1P 3AA — it’s one of the imposing grand buildings in Westminster.