A short walk from Big Ben is a large exhibition about the tunnels under London, and — much more importantly — a working tunnel boring machine, made from Lego. 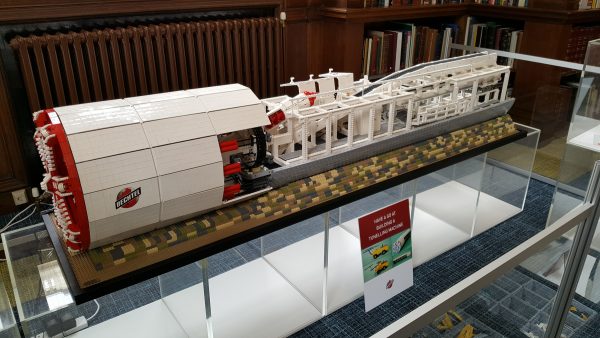 series of display cabinets show off a specific aspect of the history of mankind’s efforts at burrowing through the soils and rocks that we walk upon. From the earliest days when Brunel and son dug the tunnel under the Thames to the very latest sewers and Crossrail projects. 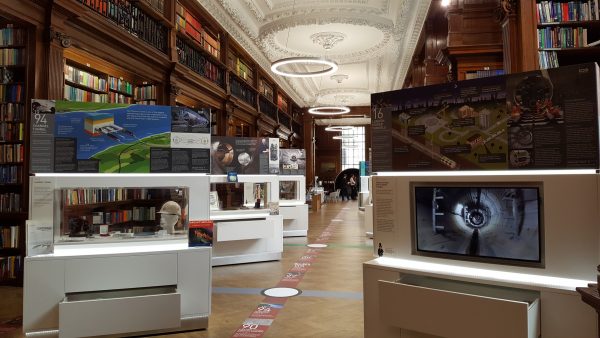 Display boards explain the projects, and then a glass case holds a number of objects to show off the tunneling, from old documents to a modern cutting head, to the more human side, a religious icon.

The exhibition also shows how engineers invented new techniques of tunneling, inspired by what they saw in the natural world, such as the shipworm, a creature whose very existence relies on their ability to build tunnels. 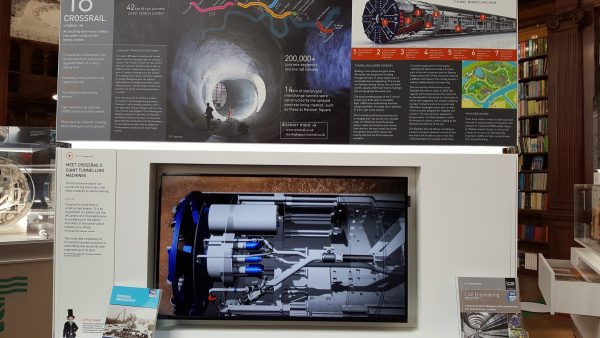 Away from London, International projects are also featured, including the Gotthard Base Tunnel, the world’s longest rail tunnel connecting Zurich and Milan.

While the display can be visited fairly quickly, what sucked up most of my time were the leaflets and magazines dotted around some of the displays. I certainly enjoyed flipping through old copies of the Channel Tunnel journal. 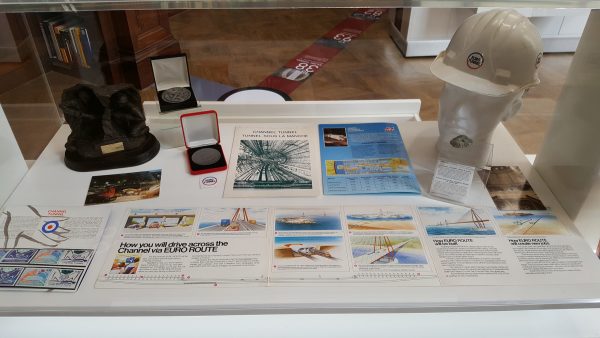 Although most of the exhibition is of the look and learn sort, there are two interactive elements. Put on a headset for a look around a surprisingly effective effect of standing inside a tunnel. 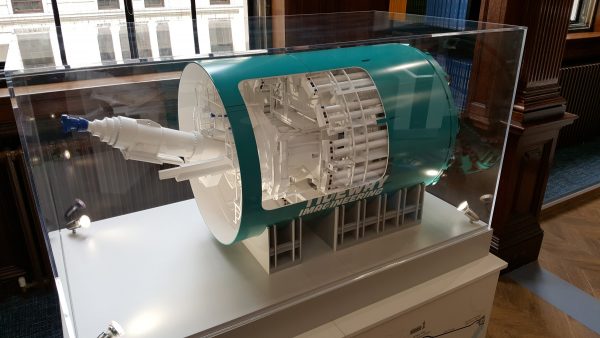 The prize though is the working tunnel boring machine, made from Lego, which is also occasionally turned on so you can watch how it loads new concrete segments to build tunnel walls.

And also if you want, build your own rather smaller TBM from the pile of Lego bricks on the floor.

The exhibition runs until November, in the ICE Library at One Great George Street, SW1P 3AA.

It’s open Mon to Fri only, 9am-5pm. Entry is free  – note you need to go to the reception desk for a pass, then it’s up on the first floor.