About the Cartoon Museum

A modest sized museum that focuses on the comic and cartoon.

It has a permanent gallery of cartoon prints, mostly Georgian and Victorian political satires.

There is then a rotating series of displays which change several times a year focusing on either a specific artist, or a genre of comics.

V for Vendetta exhibition looks behind the mask

It’s an image that is instantly recognisable, and yet far fewer people who don the Guy Fawkes mask have read the novel that inspired it. 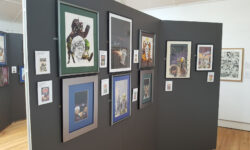 For a couple of weeks, there’s a small exhibition of book cover artwork related to the Doctor Who books, which have been re-released by their publisher. 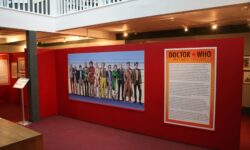 The cartoons of Maggie Thatcher

Wandered along to the Cartoon Museum, which is conveniently close to the much larger British Museum. Like a fusion of the memes though, the Cartoon Museum focuses on British cartoons, going right back to the 18th century.