The oldest surviving purely residential walkway in the West End, Middleton Place is actually a modern name for a much older passageway. 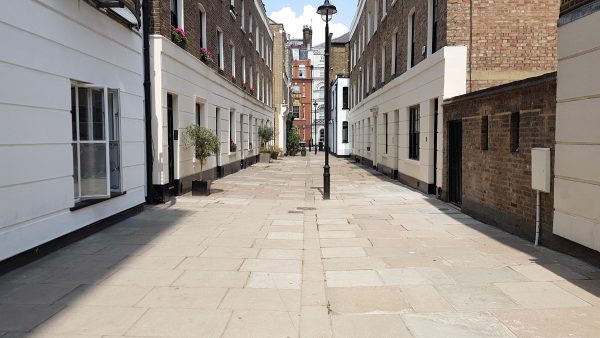 The area just to the north of Oxford Street was all fields around the late 1750s when the fields were developed into housing for the growing city. By 1762, what was originally called Middleton Buildings had been laid out, with a neat row of Georgian brick buildings fronted with faux-stone stuccoed ground floor facades.

The name of the row of houses may have come from the developer, John Middleton who had three partners in the development and took a lease on the last from Thomas Huddle. The row of houses are a relic of a once common London planning type, but the houses you see now are not the originals.

Most of the originals have been so heavily altered over the centuries as housing was replaced with office use that none of the buildings are listed as heritage. Much of the modern — if old looking — buildings date from the late Victorian era when an area that was mainly lower working class warehouses and workshops was rebuilt to take advantage of increasing desirability in the decades following the layout of Regent Street. 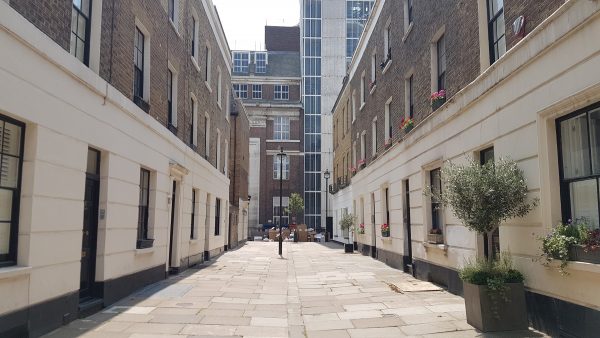 It’s thought that the buildings, which would have been somewhat meaner than what exists today were rebuilt by the Portland Estate when Huddle’s leases expired on the land in the 1850s.

There were allegations in the 1960s/70s that the area was being left deliberately run down by Great Portland Estates in order to make it easier to redevelop as a large plot of land. Protests by the young Fitzrovia residents association, supported by the local MP, Kenneth Baker saw the developers back peddle, and eventually, much of the land was sold off piecemeal to their tenants.

Today, instead of being 1960s concrete, it’s a pocket of quiet heritage a short walk from the hustle and bustle of busy shoppers.

It’s a mix of residential and small (if expensive) offices, although over the past few years there’s been a number of conversions seeing buildings being returned to residential occupation. 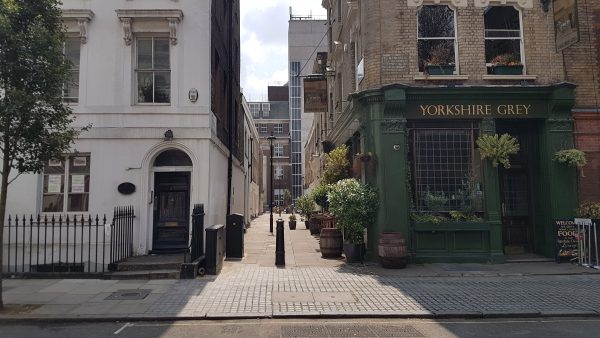 Although largely a row of similar looking Georgian style houses, on the corner is an old pub, the Yorkshire Grey. Although long-established on the site it was rebuilt in 1882–3 to designs by George Treacher, a pub specialist. It still retains its “snob screens” and fireplace.

The name of the pub was once common, and is named after the Yorkshire Grey Horse, a breed commonly used to pull brewery drays.